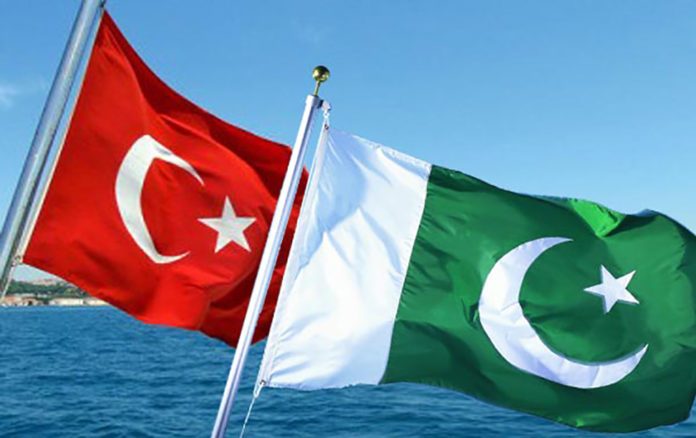 ISLAMABAD: Finance Minister Asad Umar on Tuesday chaired a meeting of the Committee on Pak-Turkey Strategic Economic Framework and reviewed the progress made on the formation of the proposed framework.

The Economic Affairs Division secretary on the occasion gave a detailed presentation and shared with the meeting proposals from various ministries and divisions. Important among them included a proposal from the Ministry of Commerce with regard to enhancing trade through Free Trade Agreements and easing of customs procedures by both sides.

The Ministry of Textile proposed that Pakistan and Turkey should consider setting up textile and garment cities. The participants felt that Pakistan should benefit from the best practices adopted by Turkey for the development of tourism industry.

The finance minister observed that there existed a great scope for the development of auto sector in Pakistan with the help of Turkey. He added that the banks from both sides should be encouraged to establish branches in each other’s country to promote business linkages and facilitate financial transactions.

He also viewed that collaboration between Pakistan International Airlines (PIA) and Turkish Airlines may be promoted to improve communication facilities for Pakistan citizens travelling to various destinations.

The finance minister appreciated the proposal for establishment of a Credit Guarantee Fund for trade enhancement. He was informed that all provincial chief secretaries have been asked to send their proposals for the economic framework and their responses are being compiled.

The EAD secretary said that through this framework, it is expected that there would be a threefold expansion in the areas of trade and economic cooperation between the two countries.

Finance Minister directed that all the proposals being sent by different ministries and divisions may be consolidated on priority so that these can be shared with the Turkish side for consideration and concurrence.

It may be added that the establishment of the economic framework was discussed and agreed with the Turkish side during the recent visit of Prime Minister Imran Khan to Turkey. It aims to enhance bilateral economic cooperation with a particular focus on trade.