Trump asks China to lift tariffs on US farm products 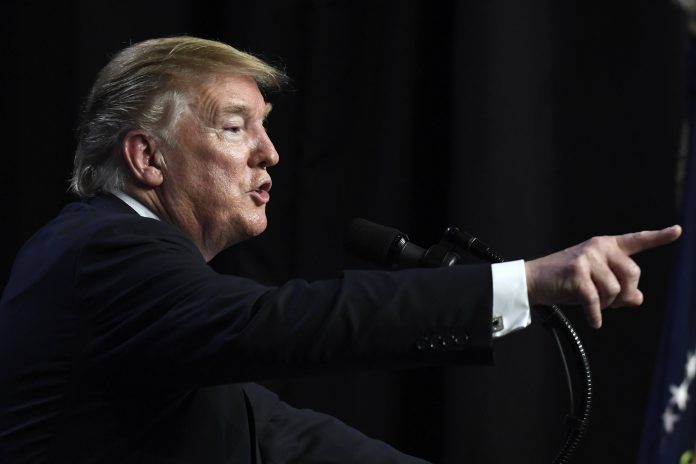 WASHINGTON: US President Donald Trump said he had asked China to immediately remove all tariffs on US agricultural products because trade talks were progressing well.

He also delayed plans to impose 25pc tariffs on Chinese goods on Friday, as previously scheduled.

“I have asked China to immediately remove all Tariffs on our agricultural products (including beef, pork, etc.) based on the fact that we are moving along nicely with Trade discussions,” Trump said on Twitter, pointing out that he had not raised tariffs on Chinese goods to 25pc from 10pc on March 1 as planned.

“This is very important for our great farmers – and me!” Trump said.

Farmers are a key constituency for Trump’s Republican Party, and the US president’s trade war with China has had a heavy impact on them. Beijing imposed tariffs last year on imports of soybeans, grain sorghum, pork and other items, slashing shipments of American farm products to China.

US Agriculture Secretary Sonny Perdue said this week that US trade negotiators had asked China to reduce tariffs on US ethanol, but it was not immediately clear whether Beijing was willing to oblige.

Trump’s post on Twitter came several hours after the US Trade Representative’s office said that it would delay the scheduled hike in tariffs on $200 billion worth of Chinese goods.

The notice, due to be published in the Federal Register next Tuesday, says it is “no longer appropriate” to raise the rates because of progress in negotiations since December 2018. The tariff would remain “at 10pc until further notice.”

In a statement on Saturday, China said it welcomed the delay.

Speaking at a separate briefing in Beijing, a Chinese government official said both countries were working on the next steps, though he gave no details.

“China and the United States reaching a mutually-beneficial, win-win agreement as soon as possible is not only good for the two countries, but is also good news for the world economy,” said Guo Weimin, spokesman for the high profile but largely ceremonial advisory body to China’s parliament.

A tariff increase to 25pc from 10pc was initially scheduled for Jan 1, but after productive conversations with Chinese President Xi Jinping, the Trump administration issued a 90-day extension of that deadline.

Trump had said on Sunday he would again delay the increase because of progress in the talks.

ISLAMABAD: Finance Minister Shaukat Tarin has said the government is planning to boost spending on large infrastructure projects by as much as 40 per...
Read more
World Business News

Big industries posted 9 per cent growth during the first nine months of current fiscal year but the index slid for the second successive...
Read more
- Advertisement -