Saudi Aramco team in Pakistan for talks on LNG deals 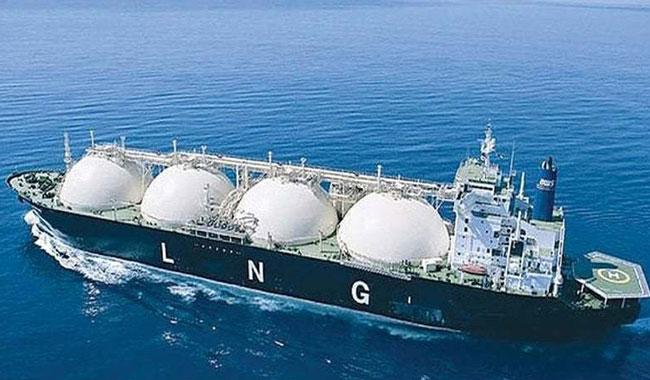 ISLAMABAD: A delegation from the world’s largest crude oil producer, Saudi Aramco, is in Pakistan for discussions on what would be its first-ever liquefied natural gas (LNG) shipments, a top Pakistani official said.

The country is facing an energy crisis with repeated power blackouts and gas supply outages that led to the sacking of the heads of two of its main gas distribution utilities in January.

“They’re discussing LNG sales. They’re entering this business,” he said. “Aramco is starting an LNG trade operation, and we are in discussion over all aspects, including terms and quantity, etc.”

Aramco doesn’t currently produce LNG, and any such sale would be first of its kind. Aramco didn’t immediately respond to a request for comment.

Saudi Aramco Chief Executive Amin Nasser said in February that Saudi Arabia aims to export 3 billion cubic feet per day of gas before 2030 via both pipelines and LNG tankers.

Pakistan’s demand for LNG could more than triple in the next three to five years, the chief executive of Pakistan LNG said last month, adding that Islamabad was expected to negotiate a few more long-term contracts to import LNG into the country.

Last year, Pakistan imported nearly seven tonnes of LNG, data from Refinitiv Eikon shows. This year, that could grow to as high as 15 million tonnes and to up to 25 million to 30 million tonnes over the next three to five years, said Adnan Gilani, managing director and chief executive of Pakistan LNG.

Pakistan LNG is a state-owned company that buys LNG from the international market to supply to the domestic market.

Pakistan’s two import terminals have a regas capacity of 1.2 billion to 1.3 billion cubic feet of gas per day, or about 9 million to 10 million tonnes of LNG a year, according to Gilani’s presentation at the LNGA 2019 conference in Singapore.