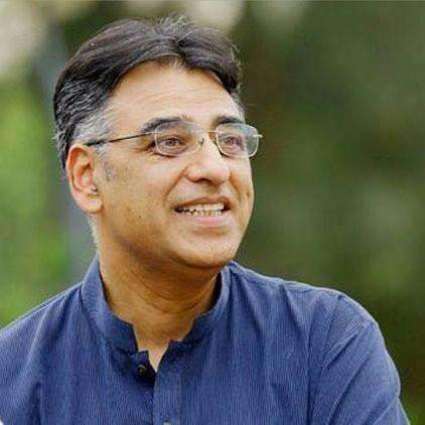 The premiership of Imran Khan is what happens when the collective wisdom of upper middle class drawing rooms in Pakistan comes to life and assumes the office of Prime Minister. The result is predictable catastrophe. And Asad Umar’s departure – which, if we are honest with ourselves, we should all have seen coming – is the epitome of what is wrong with the current administration’s approach to governance.

It was not the inane ideas about treating the federal government of Pakistan like a charitable hospital for which fundraising and philanthropy could raise the funds to do bug and important things. It was not firing one of the best Pakistani macroeconomists in the world from the Prime Minister’s economic advisory council just because of his religion. It was not even the insistence that the government seek assistance from so-called “friendly” countries rather than the International Monetary Fund.

No, it was something the prime minister said almost as a passing reference that at the time sounded benign and true: that the PM was disappointed in the quality of economic expertise in the country. Strictly speaking, of course, this is true. Seventy years of the nation as a whole underinvesting in education has its consequences and poor ability to govern ourselves is one of them.

But in hindsight, perhaps it reflected a deeper malaise. The Prime Minister may have genuinely thought – like all uncles in every drawing room in every city and village across all of Pakistan – that “the solutions to all of Pakistan’s problems exist, all that we need is to kick out the corrupt leaders and put in honest people in charge.” It is entirely possible that the Prime Minister thought to himself: “well, here I am! An honest man as prime minister. Where are these magical solutions that everyone I have ever talked to convinced me exist? Please tell me so that I can implement them!”

And he expected his finance minister – Asad Umar – to be the man who brought forth those magical solutions for all of Pakistan’s economic problems. The solutions that would somehow cause rivers of money to flood the country and pay for fixing everything, all while requiring the Prime Minister to ask absolutely nothing difficult of any of his voters.

Needless to say, those solutions do not exist. For some time, it has been conjectured that Asad Umar simply did not have the heart – or the spine – to tell the prime minister that these solutions do not exist and that managing the economy of Pakistan involves making some very difficult choices for which he needs to prepare the voters early while his political good will was still riding high.

It now appears that the minister was indeed a man of integrity, and that while he may have paid lip service to the prime minister’s populist (and rabidly nonsensical) agenda in public, that in private he continued to be the intelligent man those of us who knew him before his political career know him to be. That he kept advocating for sanity on macroeconomic policy, and that the prime minister – and allegedly his support base in the military establishment – simply did not care to listen to reason.

What is perplexing is how sudden this departure was, and how the prime minister tried to frame it as simply a cabinet reshuffle. It indicates that the minister knows the meaning of events in politics perhaps a little better than the prime minister. The Finance Minister is not an ordinary cabinet position. The holder of that office is the de facto, and sometimes even de jure, deputy prime minister.

To “reshuffle” a minister out of the finance ministry is to tell them in no uncertain terms that they are being demoted. And no minister would take that demotion publicly unless they were a complete sycophant who had nowhere else to go.

In resigning, Asad Umar has reminded us of his fundamental integrity, that he is a good man who tried to do the right thing, but ultimately was not able to muster enough support to get the job done.

This is not to exonerate him completely. After all, it was his job as finance minister to build the kind of coalition of support he needed for the policy ideas that he felt were important and needed to be implemented. That he did not succeed reflect at least partially on his lack of preparedness for the job, which is disappointing to say the least. But it is important to remember that he did the job with integrity, and though he may not feel it right now, the person least worst off in all of this is Asad Umar himself.

He was a successful executive of one of Pakistan’s most admired companies, and he can no doubt return home to Karachi and will likely be welcomed on the boards of many more companies. And his personal wealth – which he earned on his way to the top of Corporate Pakistan rather than, like the Prime Minister, simply inherited – means that he does not need a job to feed his family.

No, the real worry is what will become of us. Take a look at the cast of characters who are up for the job, including some who have already ruled themselves out.

The one this newspaper would have most enthusiastically in favour of is Shaukat Tarin, the former Citibanker who currently heads the board of directors of Silkbank, and who has previously served as Finance Minister under the Zardari Administration. Tarin has precisely the right combination of technical skills, a no-nonsense attitude, and the ability to cut through bureaucratic messes to get the job done.

Unfortunately, he has ruled himself out by stating that he cannot accept the position while he remains under investigation from the National Accountability Bureau (NAB). One wonders if this might persuade the prime minister to reign in the excesses of NAB (as we describe in one of our stories this week) when it may cause him to lose his most promising candidate for Finance Minister.

Dr Ishrat Husain is the next candidate, and certainly has admirable credentials, including presiding over what appeared to be a period of remarkable macroeconomic stability at the State Bank of Pakistan during the Musharraf Administration. The problem, of course, is that we are conflating the stability of the macroeconomy, which was caused largely by exogenous factors, with competence in running monetary policy, though there are certainly no complaints on Dr Ishrat’s abilities on that front. More importantly, however, the ability to run monetary policy under a benign prime minister is very different from running fiscal policy under a populist one. We wish Dr Ishrat good luck, but we are worried he may not be able to cope with the pressures of the job.

Dr Hafeez Sheikh and Dr Salman Shah have both held the position previously and both are trained economists. However, the job requires an iron-fisted heavyweight who can effortlessly move between strong-arming people in some situations and diplomatically persuading them of his agenda in others. Neither man, competent and respected though they are in their fields, demonstrated that capacity when they were in office.

In short, firing Asad Umar solves absolutely nothing, and the choices for his replacements – barring one – are not any more appealing. The Prime Minister could make the best of the situation and call off the NAB dogs from Shaukat Tarin. But if he had that kind of wisdom, we would not be in this mess in the first place.