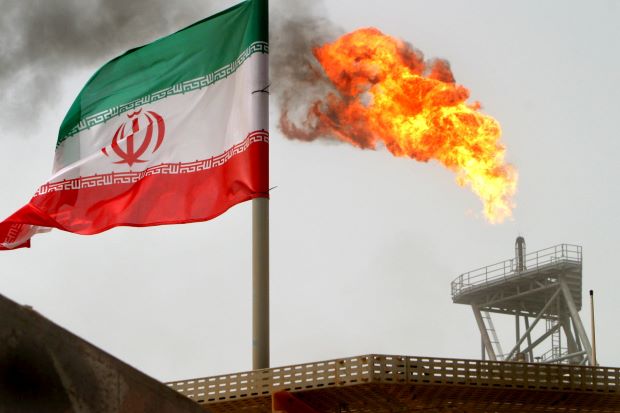 WASHINGTON/SINGAPORE: The United States is expected to announce on Monday that buyers of Iranian oil need to end imports soon or face sanctions, a source familiar with the situation told Reuters, triggering a three per cent jump in crude prices to their highest for 2019 so far.

Officials in Asia opposed the expected move, pointing to tight market conditions and high fuel prices that were harming the industry.

The source confirmed a report by the Washington Post that the administration will terminate the sanctions waivers it granted to some importers of Iranian oil late last year.

US President Donald Trump wants to end the waivers to exert “maximum economic pressure” on Iran by cutting off its oil exports and reducing its main revenue source to zero.

Saudi Arabia, the world’s top oil exporter, was willing to compensate the potential supply loss, but it would first need to assess the impact before boosting its own production, a source familiar with Saudi thinking said.

In November, the US reimposed sanctions on exports of Iranian oil after President Trump unilaterally pulled out of a 2015 nuclear accord between Iran and six world powers.

On Monday, Secretary of State Mike Pompeo will announce “that, as of May 2, the State Department will no longer grant sanctions waivers to any country that is currently importing Iranian crude or condensate,” the Post’s columnist Josh Rogin said in his report, citing two State Department officials that he did not name.

Oil markets have tightened this year because of supply cuts led by the Organization of the Petroleum Exporting Countries (OPEC).

The source familiar with Saudi thinking said any action by OPEC’s biggest producer depends on the certainty of scrapping the waivers and its effect on the oil market. Saudi Arabia has about 2 million barrels of oil per day of spare capacity.

Riyadh raised its oil output last year after the Trump administration pledged to bring Iranian crude exports to zero, only to grant waivers later triggering a decline in prices and build-up in oil inventories.

Iraq, OPEC’s second largest producer, is committed to the global supply cuts taken by OPEC and its allies and any decision to raise production must be taken collectively, an Iraq oil ministry spokesman said on Monday.

Iraq is among major producers from OPEC and non-OPEC who are meeting next month in Jeddah, Saudi Arabia, as part of a panel committee to discuss the oil market and make output recommendations, the spokesman said.

An end to the exemptions would hit Asian buyers hardest. Iran’s biggest oil customers are China and India, who have both been lobbying for extensions to sanction waivers.

Geng Shuang, a Chinese foreign ministry spokesman, said at a daily news briefing in Beijing on Monday that it opposed unilateral US sanctions against Iran and that China’s bilateral cooperation with Iran was in accordance with the law.

He did not say whether China would heed the US call to cut Iran oil imports to zero.

In India, refiners have started a search for alternative supplies.

“We are engaged with the US administration on this matter and once the U.S. side makes a comment on this matter, then we will come up with a comment,” said a source at India’s foreign affairs ministry who declined to be named.

“I expect India to fall in line with the sanctions,” said Sukrit Vijayakar, director of Indian energy consultancy Trifecta.

South Korea, a close US ally, is a major buyer of Iranian condensate, an ultra-light form of crude oil that its refining industry relies on to produce petrochemicals.

Government officials there declined to comment, but Kim Jae-kyung of the Korean Energy Economics Institute said the end of the sanction waivers “will be a problem if South Korea can’t bring in cheap Iranian condensate (for) South Korean petrochemical makers.”

Japan is another close US ally in Asia that is also a traditionally significant buyer of Iranian oil.

The government also declined to comment ahead of an official U.S. announcement, but Takayuki Nogami, chief economist at Japan Oil, Gas and Metals National Corporation (JOGMEC), said the end of the sanction waivers “is not a good policy for Trump.”

Prior to the re-imposition of sanctions, Iran was the fourth-largest producer among OPEC at almost 3 million bpd, but April exports have shrunk to well below 1 million bpd, according to ship-tracking and analyst data in Refinitiv.