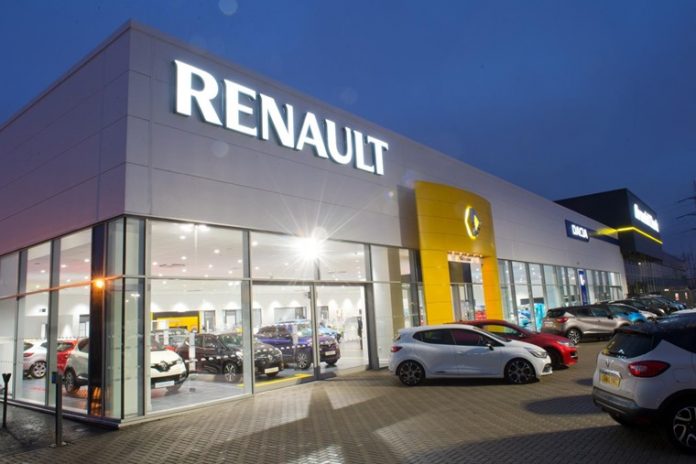 KARACHI: On Thursday, Adviser to Prime Minister on Commerce and Industry Abdul Razak Dawood reassured Al Futtaim-Renault of full cooperation and support in resolving various issues including the extension in auto policy till 2023, which is due to expire in 2021.

The Faisalabad Industrial Estate Development and Management Company (FIEDMC) made all the necessary arrangements for meetings to be held between the federal government and Al Futtaim-Renault to reach an amicable solution, in order to facilitate the company to establish Renault car plant at the M-3 SEZ in Faisalabad. The meetings, held at the Board of Investment (BoI) and Ministry of Commerce, discussed matters related to extension in SEZ incentives and Auto Policy 2016-2021 at length.

Renault, the French multinational automobile manufacturer, which is investing in Pakistan through a joint venture with the UAE’s Al-Futtaim, has already bought 67 acres of land in the M-3 Industrial City back in mid-2018. The land is to be used for setting up an assembly and manufacturing plant for Renault vehicles. The Renault – Al-Futtaim joint venture is estimated to bring $165 million in the form of foreign direct investment (FDI) and will generate 500 jobs in Pakistan.

While speaking to sections of the media, Pakistan Association of Automotive Parts and Accessories Manufacturers (PAAPAM) Former President Aamir Allawala said, “Initially, Renault tried to build a plant in Karachi, but when it faced delay in the documentation. So they decided to go to Faisalabad.”

Al-Futtaim-Renault earlier in 2018 had announced that it had started pre-engineering work, which would be followed by on-site activities. The project expected to be completed towards the end of 2018 and the production was expected to start by 2020. Nonetheless, the company has yet to start construction work on the site. Meanwhile, the deadline to avail Greenfield status under the new auto policy is 2020, hence Renault had demanded an extension till 2023.

Additionally, the investors are also seeking an extension of 10-year tax holiday under the SEZ incentives.

According to officials who were present in the meeting, the talks between the government and Al-Futtaim will prove to be fruitful and will ensure an early start for the plant as well.