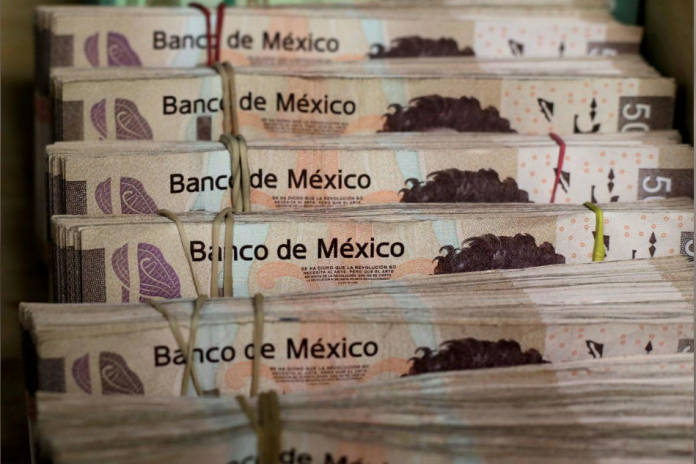 MEXICO CITY: The Mexican peso could sink next week to its lowest point of the year if U.S. President Donald Trump follows through on his threat to slap Mexican imports with tariffs, according to a Reuters poll of analysts and traders.

The currency has depreciated 2.5 per cent since Trump said last week that he would levy tariffs against Mexican imports unless the country does more to halt migration from Central America.

Mexico sent a delegation to Washington to try to avert Trump’s threat. But if the tariffs are implemented, the peso could weaken an additional 5.2 per cent to 20.6 per dollar next week, according to the average projections of 12 analysts surveyed by Reuters.

The tariffs are “a measure where nobody really wins – everyone loses,” said Leonardo Flores, director of the exchange desk for Multiva, a brokerage firm.

The peso was trading at 19.6041 to the dollar on Thursday, a decline of 0.15 per cent. The currency was also pressured by Fitch’s decision to downgrade Mexico’s sovereign debt and Moody’s move to lower its outlook, both on Wednesday.

If Mexico and the United States reach a deal to avoid tariffs, the peso will recover some of its losses and strengthen 1.7 per cent to 19.3 per dollar next week, according to the survey.

But even without tariffs, analysts expect more volatility for the peso.

Jesus Lopez, an analyst at the Banco Base, said it is difficult to envision a sustained appreciation of the currency because the country’s credit profile may continue to weaken.