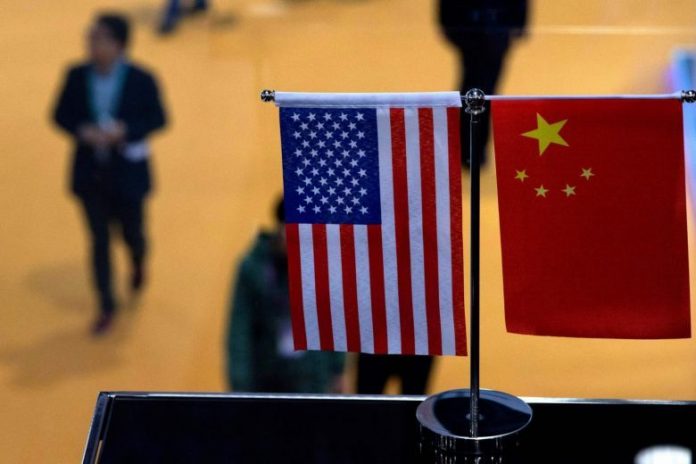 BEIJING: The United States should immediately remove sanctions on Chinese telecoms equipment maker Huawei, a commerce ministry spokesman said on Thursday, days before the two countries’ leaders are due to meet for talks on trade.

China opposes US abuse of export controls and urges the United States to return to a track of cooperation, said the spokesman, Gao Feng.

US President Donald Trump said on Wednesday a trade deal with Chinese President Xi Jinping was possible this weekend when they meet at a summit of leaders of the Group of 20 (G20) in Japan, but he was prepared to impose tariffs on virtually all Chinese imports if disagreement persisted.

Trump has suggested that Huawei could be part of a deal.

The Wall Street Journal reported that Xi planned to present Trump with terms for ending the trade dispute, including removing a ban on the sale of US technology to Huawei, citing Chinese officials with knowledge of the plan.

The report also said China wants the United States to lift all punitive tariffs and abandon efforts to get China to promise to buy even more US goods than it previously agreed to do – a reiteration of long-standing demands.

The United States has put Huawei, the world’s largest maker of telecoms equipment and its second-biggest maker of smartphones, on an export blacklist, citing national security issues. The listing bars U.S. suppliers from selling to it without special approval.

Huawei has denied its products pose a security threat.

“We urge the United States to cancel immediately sanctions on Chinese companies including Huawei to push for the healthy and stable development in Sino-U.S. ties,” Gao said, when asked whether the two sides were expected to reach a deal on measures facing Huawei and other Chinese tech firms.

Gao noted that Xi told Trump during a phone call last week – a gesture that rekindled hopes of a deal – that he hoped the United States could treat Chinese firms fairly.

Earlier in May, the United States accused China of reneging on pledges to reform its economy, infuriating Beijing and leading to a collapse in trade talks.

The US Commerce Department announced last week it was adding several Chinese companies, and a government-owned institute involved in supercomputing with military applications, to its national security “entity list” that bars them from buying U.S. parts and components without government approval.

China would consider putting foreign firms on a list designating them “unreliable” if they adopted discriminatory measures against Chinese entities, hurt its industries and threaten its national security, Gao said.

Details of the list would be released soon, he said.

On May 31, the commerce ministry said it was working on an “unreliable entities list” after the United States imposed additional tariffs on $200 billion of Chinese goods and added Huawei to the US export blacklist.

Asked about a news report that a truce in the trade war with the United States had been struck after Trump agreed to halt the next round of U.S. tariffs on an another $300 billion of Chinese goods, Gao said China would welcome action that helped reduce tension.

“We welcome actions that help manage differences and prevent an escalation in frictions,” he said, without answering directly whether a deal was expected at the summit.

On Thursday, the South China Morning Post said the United States and China had agreed to a tentative truce in their trade dispute, citing sources.

The Wall Street Journal said the chief US trade negotiator, Robert Lighthizer, and his Chinese counterpart, Liu He, were expected to meet before the leaders.

China’s foreign ministry spokesman Geng Shuang stressed that China would not be scared by US threats of more tariffs.

“The Chinese people are not afraid of pressure and never buy this kind of strategy,” he told reporters.

In a commentary on Thursday, the ruling Communist Party’s People’s Daily said a US attempt to win a “quick and easy” trade war had proven to be futile and the Chinese people must not be fearful.

“It’s very clear that some people in the United States are insisting on curbing China’s development using excuses of trade frictions,” it said. “At this moment, fear is no use.”

“If China concedes blindly under the pressure of (US) hegemony, this will really be a volte-face-esque historic mistake.”