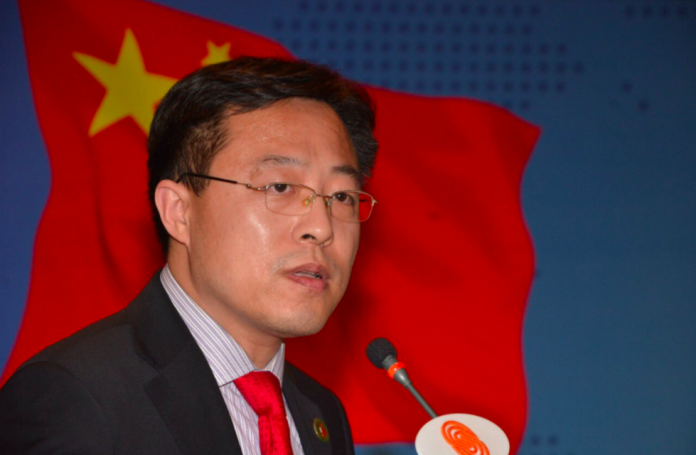 Zhao Lijian was heading a delegation from the Chinese Embassy which participated in an in-house interactive session hosted by Islamabad Institute of Conflict Resolution (IICR). The IICR chief executive welcomed and extended her gratitude to the Chinese delegation.

Later, Zhao Lijian addressed the audience and shed insight into the China Pakistan Economic Corridor. He said as the second phase of CPEC has started with a focus on infrastructural development, the federal and provincial governments should introduce subsidising policies in order to attract the investors at special economic zones.

“Another aspect which is on the CPEC checklist is the development of the social sector,” he said, adding that the Chinese government has launched a pilot project for poverty elevation, through which a significant growth would be witnessed in the socio-economic fabric of Pakistan.

Zhao expressed that there was a special focus on the agriculture sector where the Chinese government was willing to help Pakistan with its expertise and technology.

The Chinese envoy said that CPEC and Belt & Road Initiative were inclusive projects and were open for all.

“By the end of this month, one of the milestones will be achieved with the completion of a 660MW power plant at Thar. I anticipate that another power plant in Balochistan will be completed by the end of August this year.”

Commenting on the trade war between Beijing and Washington, Zhao said that China has no intention to engage its potential and energy on any sort of war with the United States. “We want to normalise the tensions as both countries are interdependent on each other.”

IICR Chairman Maj Gen Raza Muhammad thanked Zhao for delivering an interesting and comprehensive session. He said that the people of Pakistan, as well as the government, want to see CPEC successful.