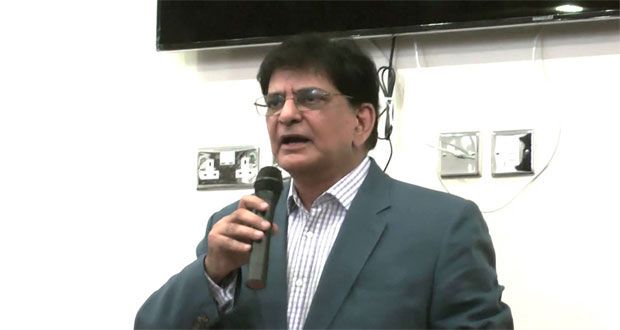 ISLAMABAD: Prime Minister’s Spokesperson on Trade and Investment for the UK and Europe Sahibzada Aamir Jahangir said on Monday that world-renowned multinational companies in Europe are poised to invest in Pakistan to gain benefits from the country’s prudent business policies.

“With abundant workforce and business-friendly policies, Pakistan offers lucrative investment opportunities to local and foreign investors,” the spokesman said, adding that the business community has an important role to play in this regard.

He underscored that the government is taking bold steps to ensure business and investment-friendly environment in Pakistan. “Our industrialists and businessmen should focus on export-oriented products, as an increase in the volume exports is pivotal for economic stability,” he maintained.

Jahangir further informed that approximately 3.5 million Pakistanis are settled in Europe, out of which 1.5 million dwelled in the United Kingdom.

“The 1.5 million Pakistanis residing in the UK alone can make investments in the fields of information technology, telecommunications, infrastructure development, education and food preservation technologies and the government, especially FIEDMC, will provide all facilities to materialize their investment,” he stated.

The spokesman said that many delegations of foreign investors are scheduled to meet Prime Minister Imran Khan, adding that they (investors) would announce the sum of their investments in various sectors of Pakistan’s economy.

Jahangir said that expatriates in Europe and the United Kingdom are keen to make investments of billions of dollars in Pakistan and in this regard, he has chalked out a comprehensive strategy after holding consultations with them.

“Pakistan is particularly interested in the transfer of technology, for which expatriates will have to play their role,” he asserted.

The spokesman said that the exchange of business delegations and holding of single country exhibitions could boost bilateral trade. “The good thing is that overseas Pakistanis will also bring their experience and knowledge along with their money.”

He said the government has identified areas of cooperation in agriculture, food processing, hydroelectric and renewable energy, digitization of the industry, electronics, information technology, LNG storage and re-gasification etc.

He lauded the China-Pakistan Economic Corridor (CPEC), saying that European investors could also invest in CPEC projects in order to enhance their level of cooperation with Pakistan.

Welcoming the appointment of Sahibzada Aamir Jahangir as the prime minister’s spokesperson, Mian Kashif said Jahangir’s induction was much needed because he has decades of experience and enjoys durable links with the business community in the UK and Europe.

“He will play a key role in taking forward Imran Khan’s vision for Naya Pakistan,” The FEIDMC chief added.