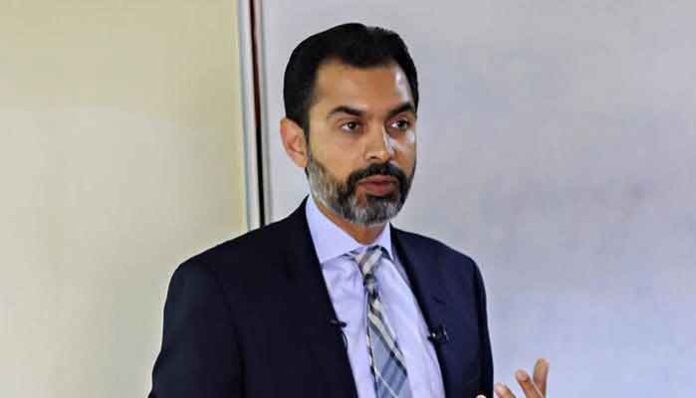 KARACHI: State Bank of Pakistan (SBP) Governor Dr Reza Baqir said on Tuesday that the actions taken by the economic team of the country had led to a pronounced improvement in the current account which had halved from its historic high of $2 billion monthly deficit.

In his distinguished lecture on “Pakistan’s Economy: Macroeconomic Challenges and Outlook,” organised by the Institute of Business Administration (IBA), he also noted that behind the improvement in the current account deficit was a reduction in imports and improvement in export volumes even though export values had grown less due to a fall in international unit prices, according to an SBP statement.

“Ultimately what matters for employment and production is export volumes,” said SBP governor, emphasising the importance of exports for the economy.

Dr Baqir also briefly touched upon the actions taken by the government to address the fiscal deficit related challenges.

He noted that having to address the external and fiscal imbalances of the past meant that inflation had risen in parts due to increases in the exchange rate, taxes and utility prices. This had necessitated a tightening of monetary policy which would help to bring inflation down.

Commenting on the outlook, and in particular what would make this program different from earlier IMF programs, Dr Baqir said that the leading predictor of recourse to the IMF had been falling and low level of reserves.

If Pakistan was able to build institutions that entrench reserve build-up and preserve them during times of capital outflows it would allow Pakistan to self-insure against economic shocks and not have to seek assistance from the international financial community. He noted that two institutional reforms in the current program would help in this regard: the change to a market-based exchange rate system and zero borrowing of government from the State Bank which would help engender fiscal discipline.

Discussing main causes of the current macroeconomic challenges, the SBP governor said that the first among them was the growing current account deficit during 2015 – 2018 which in the context of an overvalued and relatively fixed exchange rate led to a pronounced depletion of the country’s reserves. The second key cause was rising fiscal deficits and public debt which had put in doubt the country’s credit worthiness.

To address these economic challenges, Dr Baqir described three sets of actions that had been undertaken in the following areas: external, fiscal, and monetary. First, a series of exchange rate adjustments since late 2017 had helped reduce the exchange rate overvaluation. These culminated in a change in the exchange rate system in May 2019 to a market-based system so the economic authorities would no longer have to fix the value of the currency. He clarified that a market based exchange rate system was not a free float and allowed for the SBP to intervene to address disorderly market conditions.

SBP Governor Dr Reza Baqir concluded his lecture by emphasizing that from a longer term perspective, the country’s key challenge was to raise its saving and investment rates.