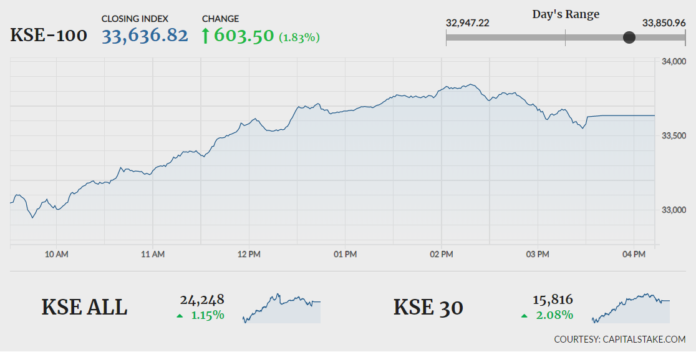 KARACHI: Stocks rallied on the first trading session of the week, as the indices continued to accumulate gains amid increased market participation. Foreign investors closed the previous week (September 30–October 4) as net sellers with an outflow of $4.70 million.

The jump came despite the upcoming Financial Action Task Force (FATF) plenary meeting, which would give its decision on Pakistan’s status in the grey list.

Over the weekend, the Asia-Pacific Group (APG) on money laundering released its Mutual Evaluation report, saying Pakistan faced high risks of money laundering and terror financing and it needed to improve understanding of the risks, which were also linked with various terrorist groups operating in the country.

The report showed that out of FATF’s 40 recommendations on curbing money laundering and combating the financing of terrorism, Pakistan was fully or partially compliant with 36.

As per reports, the government might focus on reviving the construction industry despite some pressure from the International Monetary Fund to bring down the development expenditure owing to shortfall in revenue targets.