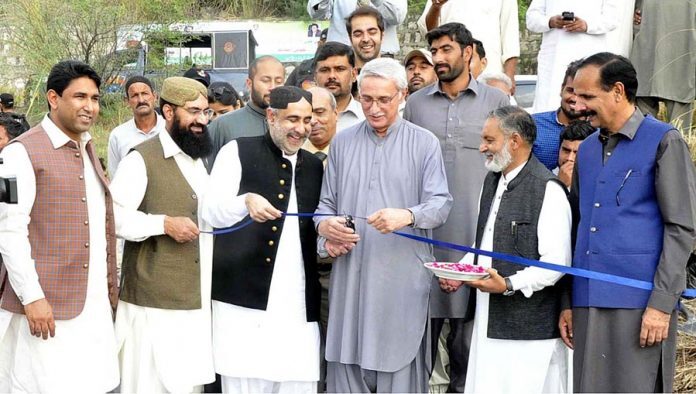 ISLAMABAD: Federal Minister for National Food Security and Research, Sahibzada Muhammad Mehmood Sultan on Wednesday said the government would soon announce a fish policy to promote aquaculture and fish farming in the country.

Inaugurating the Cage-Fish Farming Center in Chakwal, he said the policy envisaged provision of technical and other assistance to the farmers to promote fish farming, which would boost exports and help earn foreign exchange.

The minister said sufficient water resources were available in the country to boost fish production for local consumption as well as for export purposes. At a time when cage fish farming was gaining popularity across the world, Pakistan could utilize its water resources, including rivers, lakes and ponds to promote aquaculture, he added.

It would help the country exploit the world market, as there was around 20 kilogram annual per head fish consumption in the world, he said, adding the government was providing 80 percent subsidy on the establishment of cage fish farms.

He lamented that previous governments had not paid any attention towards the lucrative farming sector. Now the Food Ministry had been working in accordance with the vision of Prime Minister Pakistan to promote agriculture sector, he added.

He said the government had initiated three big projects, including farming of Jinga fish, cage farming and trout fish farming in Northern Areas. With the establishment of small fish farms in Potohar region, the overall fish output would increase, he added.

In addition to catering to the domestic needs, he said the fish production would help the country earn foreign exchange by exporting the surplus yield.

The minister said through the project employment, feed mills, farmers and processing plants would benefit. During the first week of November, a meeting would be arranged on value chain to make this business more viable and profitable, he added.