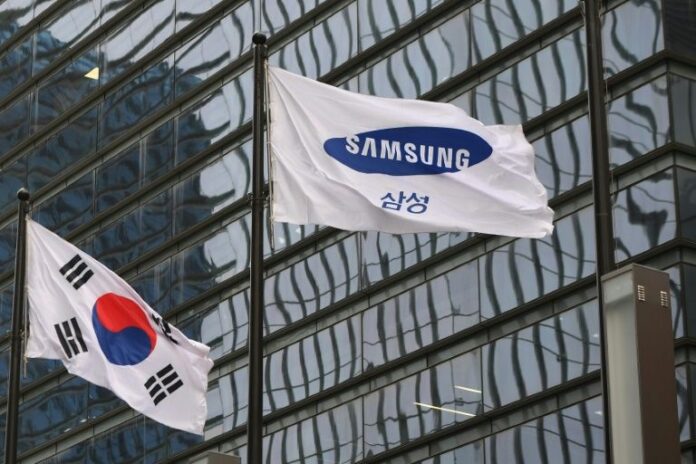 Samsung Electronics, the world’s largest smartphone and memory chip maker, saw net profits slump by more than half in the third quarter, it said Thursday, hit by an enduring downturn in the global chip market.

The firm is the flagship subsidiary of the giant Samsung Group, by far the largest of the family-controlled conglomerates known as “chaebols” that dominate business in the world’s 11th-largest economy.

But in recent months it has been battered by falling chip prices as global supply increases.

Samsung also faces challenges from the US-China trade war and tough export restrictions imposed by Tokyo on key supplies as part of a dispute with Seoul over wartime forced labour.

The South Korean tech titan leads the global smartphone market with a 23pc share, trailed by Chinese competitors Huawei and Oppo, with Apple in fourth place, according to sales tracker IHS Markit.

The premium smartphone market has grown fiercely competitive and overall sales have cooled as a lack of major innovation has seen buyers waiting longer before upgrading to new models.

But Samsung said profits in its mobile division had been boosted by strong sales of the Galaxy Note 10 and its A series devices, along with bigger margins for mass-market models.

But in April it was embarrassingly forced to delay the release of the hotly anticipated Galaxy Fold after reviewers provided with early devices reported screen problems within days of use.

In another setback, earlier this month it also acknowledged a major flaw with its fingerprint system allowing non-users to open other people’s top-end smartphones.

But Tom Kang, research director at Counterpoint Research, noted Samsung’s flagship Note 10 device had sold far better than previous models — and that the firm would benefit from restrictions imposed by Washington on its key Chinese competitor.

“From September, Huawei’s devices have been unable to have Google mobile services,” he told AFP.

“This is also likely to continue giving Samsung’s mobile phones a significant advantage. Samsung phones will appeal to high-end users.”

But analysts voiced optimism for the coming months, noting that falling inventory levels for semiconductors — which account for more than half of Samsung’s profit — will help stabilise chip prices after double-digit drops this year.

Adding to the firm’s difficulties, the retrial of its vice chairman Lee Jae-yong began last week over a sprawling corruption scandal that could see him return to prison.

He is not being held in custody during the trial, but it is expected to last for months and a guilty verdict could deprive the firm of its top decision-maker.

Samsung shares were up 1.79pc in morning trade.