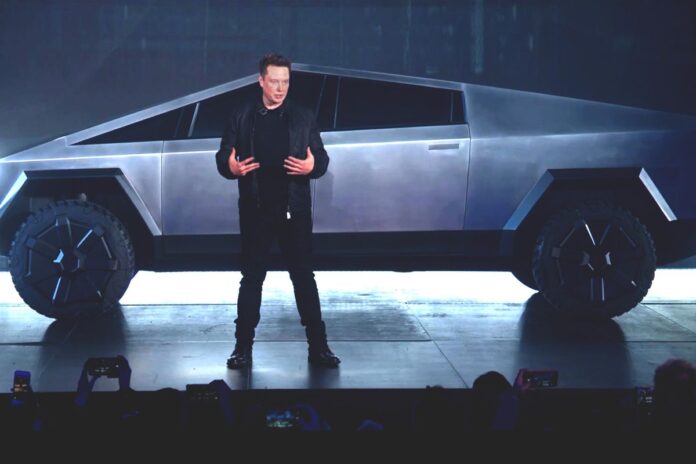 DETROIT/TOKYO: Tesla Inc’s launch of its futuristic Cybertruck pickup suffered a setback when its “armoured glass” windows shattered, but it was the overall look of the car that worried Wall Street on Friday, and the company’s shares fell more than 6pc.

In the much-anticipated unveiling to cheering fans late on Thursday, Tesla boss Elon Musk had taken aim at the design, power and durability of mainstream trucks, only to be shaken when his boast about his new vehicle’s windows backfired.

“Oh my God, well, maybe that was a little too hard,” Musk said, when his head of design, Franz von Holzhausen, cracked the driver’s side window with a metal ball in a series of tests for the crowd at the event in Los Angeles.

He allowed von Holzhausen another throw to the rear passenger window, only to see that crack as well.

“It didn’t go through, so that’s a plus side,” Musk said, adding: “Room for improvement.”

Musk singled out the Ford F-150, the top-selling vehicle in the United States, to highlight the capabilities of the Cybertruck, showing an edited video of the two trucks in a back-to-back “tug-of-war” in which the Tesla truck wins.

Some Wall Street analysts praised the launch on Friday, but others doubted the futuristic design’s mass appeal. Tesla shares were down 5.7% at $334.68. Ford shares rose around 1pc.

“Musk has been enthusiastic about his Blade Runner-inspired design for months, but we were still surprised how futuristic he went with this one and believe it may shatter his dreams,” Cowen analysts wrote in a note.