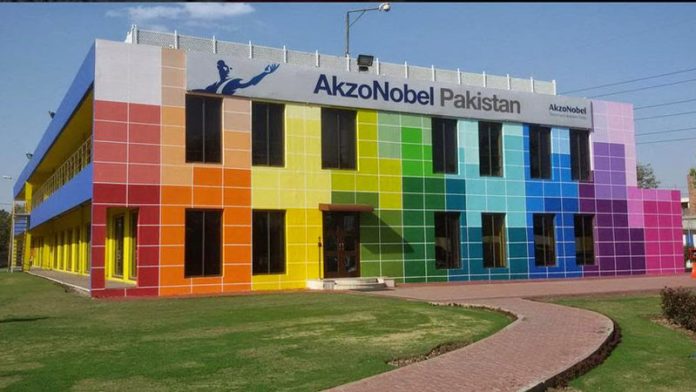 LAHORE: The Board of Directors of ICI Omricron B.V in a notification announced that they shall consider to purchase all outstanding securities and shares of the AkzoNobel Pakistan Limited, without exception from all security holders.

The notification, sent to the Pakistan Stock Exchange on Tuesday, says that ICI Omricron’s purpose is to increase ownership in AkzoNobel and to de-list the company from the exchange.

ICI Omricron currently holds 75.81% of the shareholding in AkzoNobel Pakistan.

AkzoNobel Pakistan’s revenue has risen by an average of 2.8% per year between 2012 and the second quarter of 2019. In an interview with Profit last month, AkzoNobel Pakistan CEO Saad Mahmood Rashid said that restructuring was underway, and that the company has set itself ambitious targets that have resulted both in the creation of new roles as well as the elimination of ‘inefficiencies’.