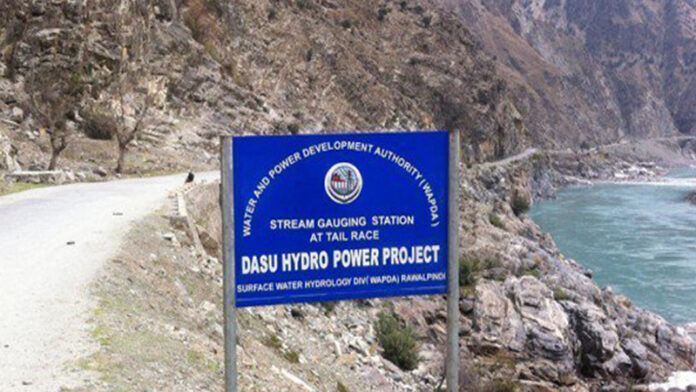 Dasu hydropower project’s general manager and project director Anwar ul Haque and GEHC deputy general manager Aijun Xu — the authorised representative of the joint venture — signed the contract on behalf of their respective sides at a ceremony here on Monday.

The electrical & mechanical (E&M) contract includes design, supply and installation of six francis turbines, generators, main transformers, generator and station service switchgear along with related equipment. This will lead to final completion of major works of the project.

Wapda chairman, in his welcome remarks, said, “Today is an important day for the Dasu hydroelectric power project. The project is of vital importance that will add a major quantum of hydel electricity to the national grid in order to minimise reliance on expensive thermal generation and bring down power tariff.”

According to Chairman Wapda, initially the project was to have been completed in February 2023, but was delayed for three years; he expressed the hope that now it will be completed within the timeline and expectations.

The 4,320MW hydropower project is being constructed by Wapda on the Indus upstream of Dasu town in Kohistan district of Khyber Pakhtunkhwa. The project will be completed in two stages — each stage having a generation capacity of 2,160MW.

At present, the project’s stage-I is under way, while electricity generation from the project is expected to commence in 2024-25. The stage-I will contribute more than 12 billion units per annum to the national grid. The project’s stage-II will provide 9bn additional units to the system every year.

The World Bank is partially providing funds for construction of the stage-I of Dasu hydropower project to the tune of $588.4 million and Partial Credit Guarantee (PCG) of $460 million.