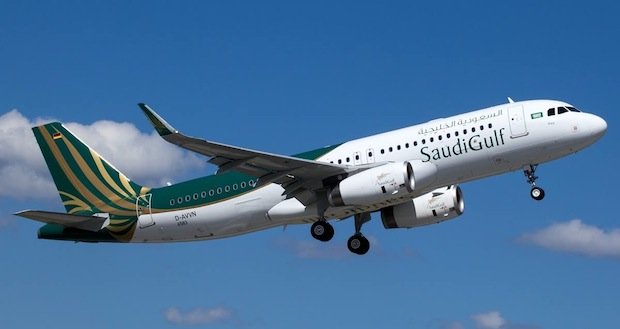 “The Dammam-based carrier expects to double its fleet next year,” Jonaid said in an interview. “The airline will take delivery of three brand new Airbus A320neos in February, March and June, while it also aims to source another three A320 or A321 narrowbodies plus one A330 widebody from the secondary leasing market.”

The fleet expansion will not affect a separate order for 10 A320neos plus 10 options which is due to be fulfilled by Airbus from 2023 onwards.

Jonaid said the widebody unit would be deployed on religious charter flights to Pakistan from Jeddah (near Mecca) and Medina, marking SaudiGulf’s first significant offering in the Umrah pilgrimage market.

“It wasn’t a big part [of our traffic base] before, but it’s becoming one,” he told me. “It’s the nature of the business in Saudi Arabia. It’s a segment that you cannot ignore.”

Charter flights to the Iraqi cities of Baghdad, Erbil and Sulaymaniyah will also “definitely” be added, though recent instability in that country has delayed the announcement of launch dates. Scheduled flights to Cairo in Egypt and Khartoum in Sudan are also being evaluated.

The airline currently has a presence in five domestic cities; four points in Pakistan; Dubai in the United Arab Emirates; and Amman in Jordan.

Asked about the possibility of European route launches, Jonaid said the continent is a “legitimate target” for SaudiGulf but that regional expansion is a higher priority in the near-term.