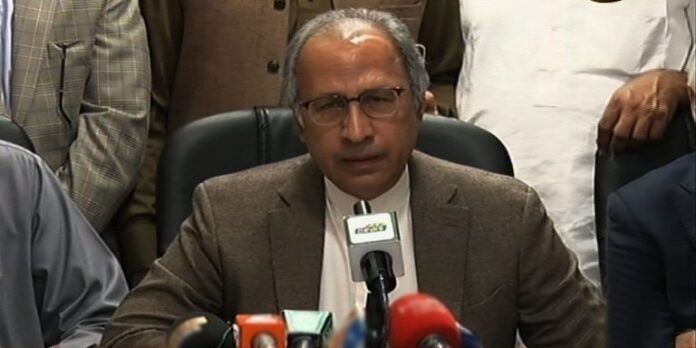 ISLAMABAD: Adviser to Prime Minister on Finance and Revenue Dr Abdul Hafeez Shaikh on Wednesday stressed the need to facilitate the microfinance sector, as the sector has been providing solutions to several challenges faced by Pakistan, particularly poverty.

He was addressing the first day of Annual Microfinance Conference organised by Pakistan Microfinance Network.

The adviser noted that there are approximately seven million clients of microfinance and that this number is increasing. He said the savings rate in Pakistan is around 15pc which is half when compared with the regional savings rate of 30pc.

“We have low saving rates in the country, but microfinance can be helpful in addressing this issue,” the adviser added.

He said because of its wide outreach, microfinance can help the government document the economy.

“The process to document the economy is underway while the tax policy is being amended. Efforts are also being made to overcome budget deficit so that spending on developmental sectors can be improved,” he said.

The adviser informed the audience about several measures taken by the government to achieve macroeconomic stability. “Positive results have now started to become apparent in the form of job creation and improvement in economic activities.”

Repeating his claim that the present government had inherited record debts, he said that the conditions were deplorable, and the current account deficit was huge when the PTI took over. Over the past 15 months, he added, the conditions have improved considerably while the country has started witnessing an economic turnaround.

He said that the measures taken by the government have been acclaimed internationally, adding that the confidence of the international community on the improving economic prospects in Pakistan is growing, which is apparent by the increase in foreign direct investment (FDI).

The adviser cited the International Monetary Fund (IMF) report, which lauded Pakistan for meeting most of its targets. He also reminded the audience about Bloomberg’s report which revealed that Pakistan’s stocks had outperformed the world’s leading stock markets.

“Moody’s has upgraded Pakistan’s credit rating outlook from negative to ‘stable’ while FDI has increased by 236pc,” the adviser noted. “Tax revenues have improved by 16pc in five months while the non-tax revenues surged by more than a 100pc during the same time period.”

He said that expenditures on non-essential items have been reduced while the reserves of the State Bank of Pakistan have been stabilised. “The economic condition has improved owing to an increase in the inflow of dollars and 35pc reduction in the current account deficit.”

He said the Islamic Development Bank (IDB) added $3 billion in its programme for Pakistan while the IMF has approved the release of the second loan instalment of $500 million to Pakistan.