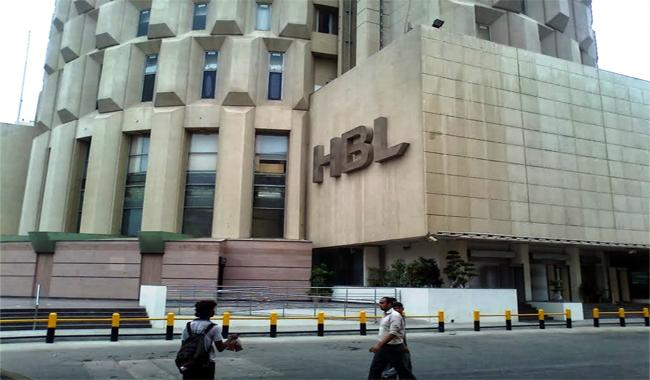 KARACHI: Habib Bank Ltd (HBL) on Tuesday gave an update on its recent financials and bank outlook in a corporate briefing to investors.

HBL currently has Rs844 billion in current account deposits and says it expects to be the first Pakistani bank to cross the Rs1 trillion mark.

The return on equity is also expected to grow next year due to double-digit growth in revenue.

A little less positive, however,  is the cost to income ratio, which currently stands at 76.8pc in 2019 (at the 9-month mark). According to HBL, this figure should have been at 58.3pc, were it not for one-offs.

The bank said that in the long term, a more sustainable level should be around 50pc.

Much of the discussion around future initiatives was centred around what Aurangzeb referred to as both the ‘bottom of the pyramid’ and ‘the top of the pyramid’ ie: the rural banking community, and the millenials.

To that end, HBL’s management said they had a renewed focus on digitisation. Currently, HBL said it was serving 1.1 million customers on mobile and internet, and around 2 to 3 million customers are expected annually.

“We are the first bank to use QR payments at both ends of the spectrum,” says Aurangzeb. “You have Visa-enabled QR payments at [high-end store] Sana Safinaz, but also QR capability with the Rickshaw Union in Lahore.”

On the importance of banking in rural communities, Aurangzeb said, “We have to reduce the role do the aarti, or middleman, in this economy.”

The bank’s ‘New York incident’ still weighed on people present in the room, with several asking management about what steps HBL had taken after their branch in New York was closed in 2015.

HBL said that the incident was due to ‘operational lapses’, and improvements were made in processes, technology and key management.

Pivoting away from the US, HBL instead stressed its close ties with China. The management said that they were working closely with both the Pakistani and Chinese government on the Panda bond, which would mark the first time Pakistan has access to China’s capital market.

As part of the BRI, HBL said China also looks to the bank to help do business in other markets such as Bangladesh, Sri Lanka and the Maldives. Currently, 16 Chinese nationals work at HBL.

Separately, the bank also stressed its renewed focus on diversity, stating it had set up a diversity council, and implemented gender sensitization training for employees across Pakistan.

The bank’s goal is for 20pc of all employees to be women by 2020, up from the current 16.6pc. Currently, there is only one woman, company secretary Neelofar Hameed, in the 18-member executive team.