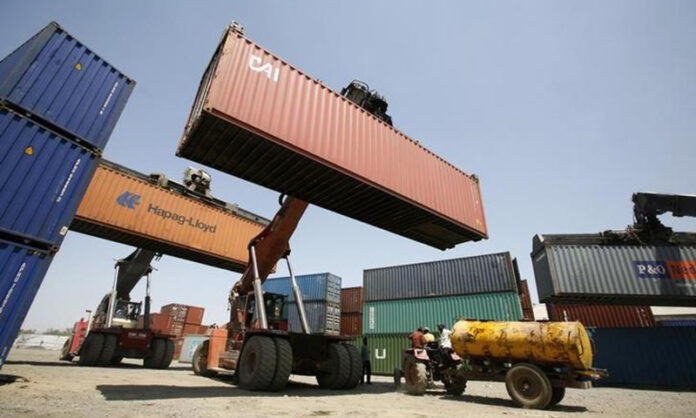 Pakistan’s trade deficit contracted 33pc to $9.7 billion in first five months of the current fiscal year (FY20) on the back of significant compression in imports and nominal increase growth in exports.

As per the figures released by Pakistan Bureau of Statistics (PBS), exports fell in November over the preceding month (October 2019) while the average increase in exports in July-November was less than 5pc.

The PTI government may again miss the annual export target until monthly shipments are increased to $2.5 billion in the remaining seven months of the current fiscal year.

Imports during the period under review dropped 18.4pc to $19.2 billion. In absolute terms, imports contracted $4.3 billion, which provided some relief for the government that was struggling to enhance exports.

The International Monetary Fund (IMF) has projected that the trade deficit of Pakistan in the current fiscal year would narrow down to $24.8 billion. The projection is based on 8.2pc increase in exports and 4.7pc contraction in imports.