Increase in export proceeds and decline in oil and food imports helped the govt reduce trade deficit from $14.47bn to $9.49bn 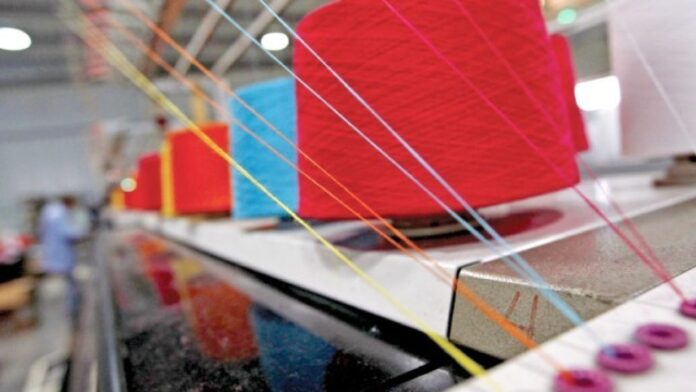 ISLAMABAD: Pakistan’s textile and clothing exports grew by 4.1pc to $5.76 billion (on a year-on-year basis) during the first five months of the financial year 2019-20, according to data released by the Pakistan Bureau of Statistics on Tuesday.

The modest increase in export proceeds and the decline in import of oil and food products has helped the government reduce the country’s trade deficit from $14.47 billion to $9.496 billion during the July-November 2019 period.

As per the details, the export of textile and clothing rose by 4.1pc to $5.76 billion in 5MFY20, as compared to $5.5 billion in the corresponding period of last year.

On a year-on-year basis, the sector’s export proceeds were recorded at $1.177 billion in November, up 7pc as compared to the same month of last year.

Product-wise details reveal that the export of yarn (other than cotton) jumped by 2.81pc, art, silk & synthetic textile by 10.7pc and raw cotton by 3.67pc in 5MFY20.

On the other hand, primary commodities whose exports declined during the five months period included cotton cloth (-3.7pc), tents, canvas and tarpaulin (-1.4pc) and other textile materials (-4.6pc).

While a majority of import items showed a decline during the past five months, mobile imports increased 63.6pc as compared during the period under review. The increase in mobile handset imports was the result of a crackdown on smuggling and doing away with free imports in baggage schemes.

Machinery imports posted a decline of 3.97pc, from $3.7 billion to $3.5 billion, led by construction & mining machinery (-41 pc), agricultural machinery & implements (-15.9pc) and other machinery (-33pc). The import of power generating machinery was up by 4.92pc while that electrical machinery by 9.61pc.

An early revival of China-Pakistan Economic Corridor projects and releases in the Public Sector Development Programme spending contributed to the increase in machinery import bill.

The import bill of petroleum group dipped 21.79pc to $5.11 billion during July-November FY20, with the biggest drop coming from crude oil imports (-28.01pc).

The cost of petroleum products’ plunged 25.66pc during the period under review, with 14.44pc decline recorded in terms of quantity imported; bringing the total down to 3.9 million tonnes. The import of other petroleum products also recorded a decline of 73pc.

The import of liquefied natural gas edged lower by 8.4pc, whereas that of liquefied petroleum gas surged 32.38pc during the period under review.

The transport group imports witnessed a decrease of 41.9pc.

Food group imports fell by 15.36pc during July-November FY20 mainly due to imposition of regulatory duties on proceeds. The decline was noted in imports of milk product, wheat, dry fruits, tea, soyabean oil, palm oil, sugar, and pulses. However, the import of spices increased by 1.26pc during the period under review.