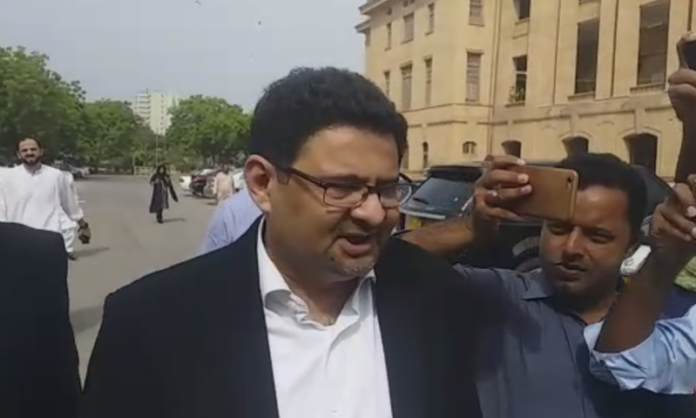 During the hearing, the IHC chief justice observed that there is no need to keep an accused behind bars until the crime is proved.

Ismail, who has been detained in Adiala Jail on judicial remand, was taken into custody by the National Accountability Bureau (NAB) on Aug 7 when the IHC declined his request to extend his interim bail in the said case.

In his petition, Ismail nominated the NAB and the law secretary as a party.

The apex court in September last year directed the anti-graft watchdog to complete inquiry against Abbasi and accomplices for the alleged corruption in the LNG contract.

According to NAB documents, the contract for the import and distribution of the LNG was awarded in 2013 to a private company in violation of the Public Procurement Regulatory Authority (PPRA) rules and relevant regulations.

In June 2018, the NAB approved inquiry against former premier Nawaz Sharif and Abbasi, then the minister for petroleum and natural resources, in granting contract of LNG terminal to their ‘favourite’ company for a period of 15 years.

According to NAB documents, the existing chemical terminal of Engro Group was rented out by the PMML-N government at “an astronomical cost” of Rs27 million per day for 15 years — with a total amount of Rs15bn; the rent was paid by Sui Southern Gas Company Limited (SSGCL) and PSO to Engro, a company owned by business titan Hussain Dawood, for the purpose of handling LNG imported from Qatar on behalf of the government and PSO.

The rental amount, according to the document, is being paid to Engro regardless of whether Engro’s terminal is used or not. It said that an existing, underutilised, state-owned (SSGCL) petroleum liquid gas (PLG) terminal was already available at Port Qasim, which was equally capable of being retrofitted and used for the import and handling of LNG, at a cost of Rs30-40m only.