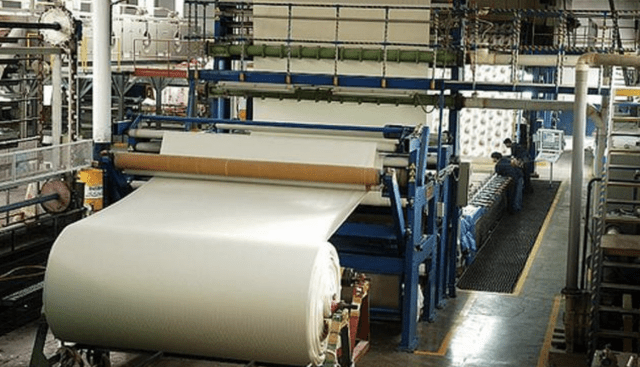 LAHORE: Textile exports would hit $26-billion mark in the next five years subject to strict implementation of the long-term textile policy.

Nasir said that Pakistan’s textile sector growth rate target has been set, starting from 10pc in FY20 and gradually growing to 13pc in the fifth year. “This will help [government] achieve almost $26 billion worth of exports in the first phase (FY20-FY24).”

Pakistan’s textile exports during 2019 were recorded at $13.3 billion, comprising 8pc from cotton yarn, 16pc from cotton yarn, 17pc from bed wear, 6pc from towels, 5pc from made-up articles, 1pc from tents, canvas and tarpaulin, 22pc from knitted apparels, 20pc from woven apparels, 2pc from art, silk and synthetic textile and 3pc from other textile materials.

According to figures available with this scribe, 10pc growth in textile exports is expected this year. This would be approximately $14.5 billion.

According to textile ministry sources, Adviser to PM on Commerce Abdul Razzak Dawood, after taking charge, had directed Taskforce on Textile Chairman Ahsan Bashir to develop a long-term textile policy for Pakistan. The policy, according to sources, has now been prepared and would be sent for approval to Dawood in the coming week.

“Instead of exporting raw material, we will first process it in Pakistan and then export it in the form of made-up articles and garments as that would have a huge impact on our exports,” Nasir said while revealing the mechanism to achieve the growth target.

Nasir said that after the approval of the long-term textile policy, textile owners would set up 1,000 garment plants to convert raw materials into finished products (made-up and garments).

Agreeing with Nasir, APTMA’s Group Leader Gohar Ijaz said that the association’s members are in the process of setting up plants that would convert yarn and fabric into made ups and garments. “This will help increase our exports by $10 billion in the next four years.”

Nasir said that textile industrialists are willing to invest $5 billion. “We demand the government to allow Long Term Finance Facility (LTFF) for building the infrastructure of garment plants, as the existing scheme only allows plants and machinery.

“Cost of building infrastructure in garment units is more than 50pc of the project cost.”

He further said that the govt should allow LTFF to indirect exports so as to provide domestically produced yarns and fabric to stitching plants.

The biggest hurdle in achieving these targets is getting energy at competitive rates.

Nasir said that at present, the government would continue providing gas to the textile sector at the rate of $6.5/mmBTU till June-July 2020. “After coming to power, the PTI govt had promised that the textile sector will get electricity at a flat rate of 7.5 Cents/kWh, but we are hearing that they are planning to take it to 8.5 to 9 cents/kWh.”

He said the govt should continue providing energy at a flat rate to the entire textile value chain for five years if it wants to achieve export targets.

Talking to this scribe, APTMA’s Executive Director Shahid Sattar said with the imposition of 17pc GST on the previously zero-rated textile sector, FBR is looking to collect Rs600 billion from the sector and giving a refund of approximately Rs480 billion on exports.

“The industry provided the government with data which proved beyond doubt that out of all domestic production, 70pc was exported and only 30pc was sold in the domestic market,” Sattar said, adding that it would burden the exports with additional cost of borrowing for GST and awaiting refund would render Pakistani products uncompetitive in the international markets.

However, Prime Minister’s Economic Advisory Council member Dr Abid Qaiyum Suleri thinks otherwise. He said, “The GST exemption is not taken back by the government and textile industrialists could adjust it against exports.”

Dr Suleri added that previously, in the name of exports, textile and ready-made garments were being distributed and sold domestically and were shown as exports, and they were claiming GST exemption on that.

“The imposition of 17pc GST is definitely a pinching thing but it will ensure that major exporters will avoid domestic market and will focus more on exports,” he said.

A senior official at FBR confirmed that after APTMA’s suggestion the govt agreed that a lower rate of GST (7.5pc) would be imposed initially and increased over time so that the market could adjust to the additional liquidity requirements.

“Despite this agreement, the govt went ahead and imposed 17pc GST which is the primary cause of the huge liquidity problems now,” Sattar said.