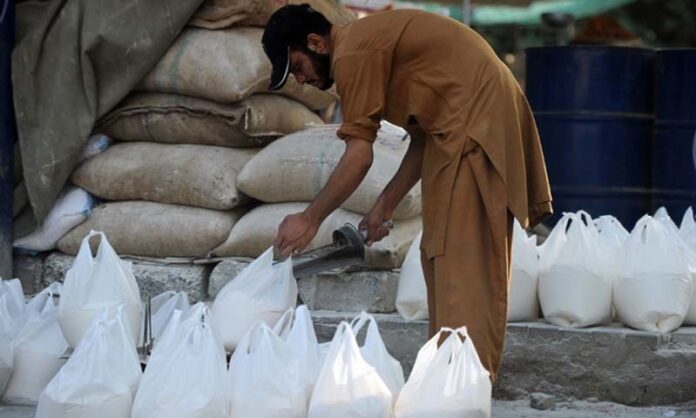 ISLAMABAD: Despite the fact that the Competition Commission of Pakistan (CCP) had pointed out collusive practices in flour and sugar industries and had subsequently imposed a penalty on millers’ association, the commission has earned Prime Minister Imran Khan’s ire over the prevalent wheat fiasco in the country.

According to sources, the CCP had already submitted its findings before the federal government regarding prevalent collusive practices in flour and sugar industries, including manipulation of flour and sugar prices by cartels, during December 2019.

The CCP had informed the government that it had imposed a penalty of Rs75 million on Pakistan Flour Mills Association (PFMA) for fixing the price and quantity of wheat flour in violation of Section 4 of the Competition Act 2010. As per the commission, PFMA was “fixing prices of wheat flour” and “sharing commercially sensitive information and strategic data”.

Upon this, the PM directed the concerned departments to take action against the hoarders, which, however, could not be implemented so far while the CCP reports remained ignored.

According to sources, the price of flour had started increasing from July 2019 onwards, but neither any provincial nor any federal department took the matter seriously.

Sources claimed that it was CCP that took the lead in this regard and started probing the matter. They said that CCP had pointed out the poor system of wheat procurement and its supply, besides identifying bogus quota of flour mills.

They said that instead of taking action against flour millers, the CCP’s report has been dumped and the PM’s attention has been diverted to “unnecessary” factors behind wheat and flour crisis.

“Few of the government people are trying hard to shift the blame of undue hike by making CCP a scapegoat in the ongoing wheat and flour fiasco,” said sources.

It is pertinent to mention that Pakistan was the eighth biggest wheat producer in the world (2017/18), but owing to unsustainable losses incurred during the past few years, several mills in the country have closed down. In Khyber Pakhtunkhwa, the number has declined from 145 to 50.