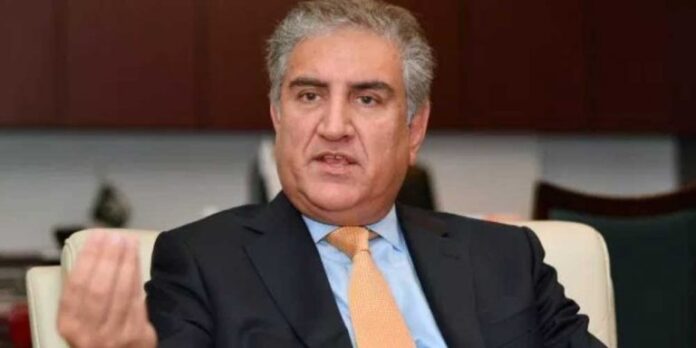 ISLAMABAD: Days after US diplomat Alice Wells renewed criticism on the flagship China-Pakistan Economic Corridor (CPEC), Foreign Minister Shah Mehmood Qureshi on Thursday categorically cleared that when it comes to CPEC, Pakistan has to look out for “its best interests”.

According to a statement issued by the Ministry of Foreign Affairs (MoFA), the foreign minister said that the “government will continue to do what is beneficial to Pakistan”.

The statement comes a day after China issued a strongly-worded statement in response to allegations levelled by Wells, who claimed there was “no transparency in CPEC projects” and that Pakistan’s debt burden was growing due to the Chinese financing.

“Chinese money is not assistance. By getting Chinese financing for the projects, Pakistan is buying expensive loans and as a buyer, it needed to be aware of what it was doing as this would take a heavy toll on its already struggling economy,” Alice Wells had said.

She also alleged that companies blacklisted by the World Bank had got contracts in the mega project.

A day later, taking a strong exception to the senior US diplomat’s remarks, the Chinese Embassy in Pakistan emphatically warned the US against meddling in Pak-China ties and the CPEC.

“We would be more than glad to see the US develop its relationship with Pakistan, but we strongly oppose the US interference in China-Pakistan relations and the CPEC.… we have to make our position clear and reject the negative propaganda by the US. We must not let the truth be distorted and the lies run wild,” the embassy said in a statement.

“The comments hold nothing new,” the embassy said and reminded that both China and Pakistan have repeatedly rejected similar insinuations in the past.

“However, the US side still ignores the facts and is obsessed with the story it made for the CPEC,” it added.

Noting that China “puts Pakistani people’s interests first” in CPEC projects, the embassy underscored that China and Pakistan staunchly adhere to “principles of mutual consultation and cooperation” for shared benefits.

It said the 32 CPEC early harvest projects completed over the past five years have significantly improved local transportation infrastructure and power supply, created over 75,000 jobs directly and contributed up to two per cent of Pakistan’s GDP growth in Pakistan.

Ambassador Wells had also criticised the regional game-changer in November last year and made virtually the same allegations. In his response, Planning Minister Asad Umar, who had just taken oath back then, had cleared that Pakistan’s external debt has nothing to do with China.

“Our total public debt right now is $74bn of which the Chinese debt amounts to $18bn — even less than one-fourth of the total debt. And if I further break it down, the CPEC debt under this figure of public debt is $4.9bn — not even 10pc of the total debt,” the minister had noted.