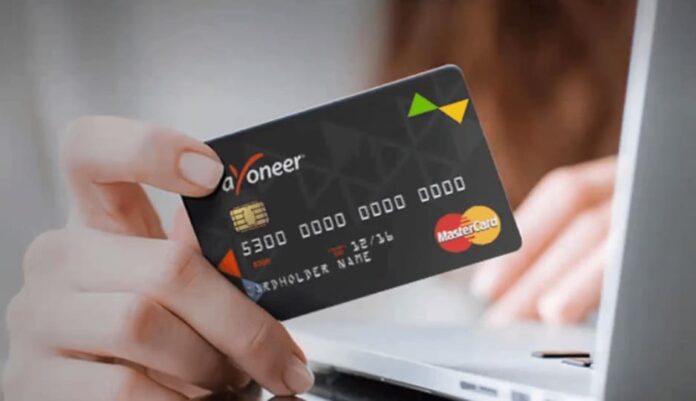 ISLAMABAD: Freelancing is gaining traction all over the globe and Pakistan is no different. However, a lack of payment gateways for foreign remittances continues to pose a challenge for freelancers in Pakistan.

So far, the common options available in the country are Express Withdrawal and Wire Transfers that allow payments directly into bank accounts. Another international payment gateway, Payoneer, is also available in Pakistan through its linkages with ATMs of MCB, Standard Chartered and Faysal Bank.

In a move to expand its service, Payoneer has decided that it “will now be available for mobile wallets as well”.

Telecom operator Jazz has partnered with financial services company Payoneer, providing users with the option of having up to Rs1.5 million in their mobile wallets and linking them with Payoneer. The process will work through JazzCash mobile account, where anyone wishing to receive payment from foreign resources may get the money transferred directly to their mobile account.

Majority of online money transfers in Pakistan are happening through the formal banking channels that necessitate comprehensive documentation and a certain time delay. With mobile wallets, the initial provision of information and its confirmation will ease the process for further transactions benefitting freelancers in the country.

JazzCash’s official site writes, “The funds from Payoneer can be received instantly into the Freelancer’s Mobile Account. Once received, the funds can be utilized to pay utility bills, transfer funds, purchase Mobile top-ups and make online payments etc. Additionally, the funds can be withdrawn conveniently by visiting any of 85,000+ JazzCash agents or by visiting the nearest ATM.”

Jazz also promises to provide Rs2 airtime per dollar with Payoneer transactions. Different daily credit and debit limits are applicable on different account levels, as given below:

JazzCash will not charge any fee on withdrawals, while Payoneer’s standard charges of 2pc will begin to be deducted from the third transaction. Two free withdrawals are provided by Payoneer within the first calendar month from the time payment is received in the account. If the users possess a Proceeds Realization Certificate (PRC), any payments received from foreign resources as remittances will be exempt from taxes as per Income Tax Ordinance of Pakistan. To obtain PRC, transaction date and time, amount, customer name, mobile number, and email address will be required.

In another development, Jazz also partnered with KaiOS Technologies and released ‘Jazz Digit 4G Mobile’ on Thursday. The new phone comes with a Jazz Super 4G SIM that powers WhatsApp, Facebook, YouTube, Google Maps, Google Voice, and Jazz TV as part of the 200 and more apps they can access at the KaiStore since the device runs on KaiOS, the third-largest mobile operating system worldwide.

The company claims that Jazz Digit 4G is the “most affordable smart feature phone in the global market”, at a down payment of just Rs1,800 ($11). The customer is required to sign up for a one-year service with Jazz at an extremely affordable Rs300 per month which includes 1,000 minutes, 1000MB data, free SMS and free calling to doctors along with unlimited Facebook and WhatsApp for the first three months.