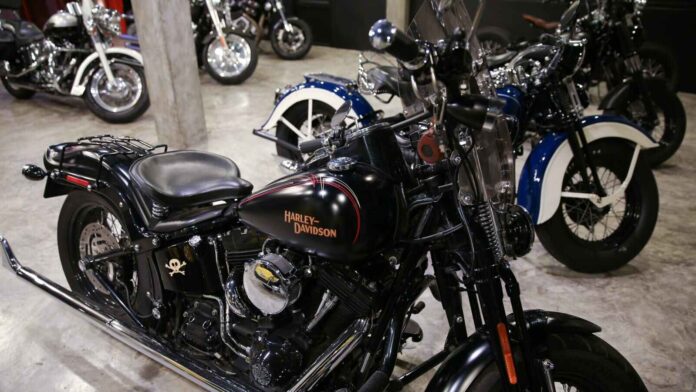 CHICAGO: Harley-Davidson Inc on Tuesday reported a larger-than-expected decline in its motorcycles revenue, hurt by a continuing slide in retail sales in the United States, sending its shares plunging in pre-market trade.

The company said revenues at its motorcycles, parts & accessories and general merchandise segment fell 8.5 per cent to $874.1 million in the fourth quarter from a year ago. Analysts surveyed by Refinitiv on average expected revenues to decline 3.7pc to $920.14 million in the quarter.

Harley’s challenges in the United States, which accounts for more than half of sales, are well documented – core customers are growing older and efforts to attract new and young riders have yet to show results.

Faced with weak demand, the company shipped 213,939 bikes to its dealers in 2019 – the lowest in nine years. Harley did not provide shipment estimates for 2020.

In a reflection of the demographic headwind, the heavyweight motorcycle maker’s stock price has declined by 44pc in the past five years. In comparison, the S&P 500 has gained 63pc.

Harley is trying to make deeper inroads into some of the fastest growing two-wheeler markets in Asia through lightweight motorcycles. The push is part of a strategy to get half of the company’s revenue from overseas by 2027.

Those efforts seem to be bearing fruit. Sales in Asia-Pacific rose 6.2pc from a year ago in the latest quarter and were up 2.7pc in 2019.

To woo customers, it has made a foray in the electric bike segment and is set to launch two models in the competitive middleweight segment by the end of this year.

With the European Union allowing the company to ship bikes from its facility in Thailand, sidestepping the trading bloc’s 25pc retaliatory tariffs on US-built motorcycles, sales in Europe are also expected to get a boost this year.