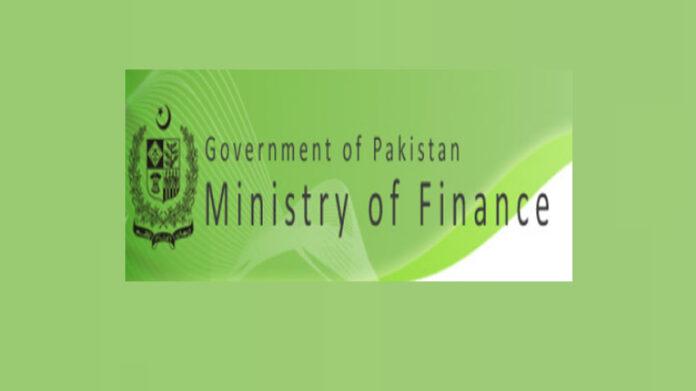 ISLAMABAD: Challenging the media reports of Rs11.61 million borrowings, the federal government clarified on Sunday that it had borrowed only Rs4.11 trillion in the last 15 months to finance budget deficit.

According to a news release issued by the Ministry of Finance, the figure has been released as per the Finance Division’s policy to lay before the National Assembly the Debt Policy Statement and Fiscal Policy Statement every year to fulfil the requirements laid out under Section 6 and 7 of the Fiscal Responsibility and Debt Limitation Act 2005.

The recent statement cover the 15-month period including FY2018-19 and first quarter of FY20 and contain all factual information with respect to debt and fiscal performance over the stated period.

The figure of increase under the Total Debt and Liabilities by Rs11.61 trillion being reported in the media needs to be properly interpreted, the release says and adds the government had borrowed only Rs 4.11 trillion to finance its budget deficit.

Out of total increase of Rs11.61 trillion under the Total Debt and Liabilities during Jul 2018 – Sep 2019, Rs3.54 trillion (31pc of the increase) is due to currency depreciation which is a consequence of the misplaced exchange-rate, industrial, and trade policies of the previous government that led to large and unsustainable current account deficits and ultimately to sharp exchange rate adjustment.

An amount of Rs3.13 trillion (27pc of the increase) is on account of cash balances and the SBP’s foreign exchange liabilities. It should not be interpreted as Debt because it is offset by cash balances of government and liquid assets of SBP, the MoF clarifies.

Similarly, Rs 0.25 trillion (2pc of the increase) is due to accounting adjustment and difference in realized value and face value of long-term bonds issued during this period.

Am amount of Rs0.18 trillion (2pc of the increase) has been borrowed by private sector from external sources which is a healthy sign, indicating private sector’s capacity to borrow from abroad for domestic investments, the MoF’s release concludes.