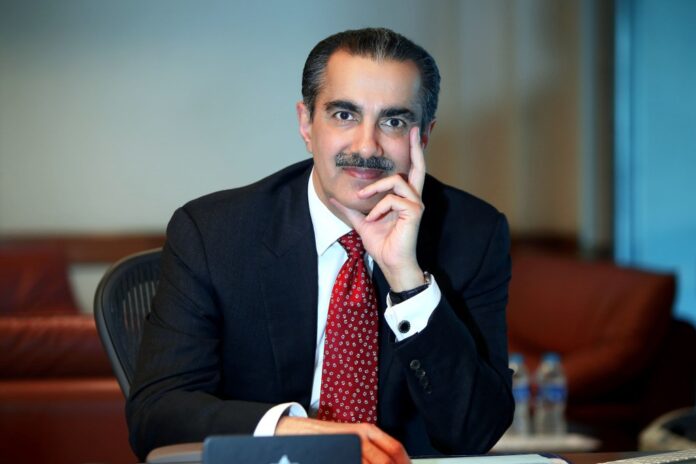 KARACHI: Atif Bajwa has been finalised by the Abu Dhabi Group as Bank Alfalah’s president and CEO, and is expected to join them soon, Profit has learnt reliably.

He is a veteran banker with a professional career spanning three decades. Bajwa was previously the president and CEO of MCB Bank Ltd, president and CEO of Soneri Bank Ltd, and country manager for ABN AMRO Bank. He has also served as chairman of the Pakistan Business Council and as president of the Overseas Investors Chamber of Commerce & Industry.

Bajwa will replace Nauman Ansari, who had succeeded Bajwa as CEO of Bank Alfalah in 2017. According to a notification sent to the Pakistan Stock Exchange (PSX) here, Nauman Ansari tendered his resignation to the bank, due to personal reasons. The board of directors in their meeting on Thursday accepted this resignation.

However, the statement made no mention of Bajwa. Instead, it said: “The vacancy of the post of CEO will be filled by the Board of Directors in due course, after completing all legal and regulatory formalities. Until that time Mr. Nauman Ansari will continue performing his role as President/CEO of the Bank.”

According to sources, several members of Ansari’s team have also resigned with him, as Bajwa is seen to be returning with his own team of people.

BUT WHAT ABOUT THE BANK OF PUNJAB?

Other names in the running included Zafar Masud, the former head of the Central Directorate National Savings, and who currently serves on the Board of Directors of National Bank of Pakistan. However, despite the finalization of the name, there was still some confusion about whether Bajwa was actually going to join, or whether there was still additional processing regarding the role.

It has now been learnt that while he was officially selected, Bajwa decided not to take up the offer due to personal reasons. This latest news affects BOP that is once again left with a vacant post. For all of 2019, the bank was embroiled in controversy regarding its top position.

After the relatively peaceful end of President Naeemuddin Khan’s tenure in December 2018, Khalid Siddiq Tirmizey, the Deputy CEO of the Bank of Punjab, was made the acting president of the bank. In April 2019, after evaluating many candidates the Punjab government-appointed Talib Rizvi as the BOP president. However, soon after in June 2019, in a reply to the bank’s request dated April 26, 2019, for the ‘Fit and Proper Test’ clearance, the State Bank of Pakistan refused to clear Talib Rizvi for the position, stating his lack of ‘diversified experience’ as the core reason.

This controversial move surprised many in the banking industry. There were even questions about political pressure to remove Rizvi. However, the whole exercise in which many other candidates were also shortlisted was completely shelved. Tirmizey then returned as the Acting President. Rizvi, meanwhile, joined Apna Microfinance Bank Limited (AMBL) as Special Advisor to the chairman of the institution in February 2020.

However, it seems that this time around the whole process might not be initiated from the scratch.  For now, Zafar Masud’s name is still in the running, now that Bajwa is no longer available.

This marks the second time Atif Bajwa returns to Bank Alfalah, which is owned by the Abu Dhabi Group.

The Dhabi Group is owned by Sheikh Nahyan Mubarak al-Nahyan, and has major investments not just in Pakistan, but also in the United Arab Emirates, Turkey, and the United States.

Within Pakistan, it not only owns Bank Alfalah, but also the telecom company Wateen, and has minority stakes in Jazz and United Bank Ltd, and also real estate projects worth several hundred million dollars.  Bajwa had previously served as the President and CEO of Bank Alfalah in November 2011 for a five-year contract.

Yet despite his contract having been extended for another five years, Atif Bajwa surprisingly resigned in June 2017, citing personal reasons. Instead, the former CEO of Faysal Bank, Nauman Ansari, was appointed as his successor.

At the time, Sheikh Nahayan Mabarak Al Nahayan, the chairman of the board, said, “I would like to express my appreciation to Atif for his valuable contribution to the Bank, and I am happy to announce the appointment of Nauman Ansari as the new President & CEO of Bank Alfalah. He will provide strong and effective leadership to meet the Bank’s strategic objectives and build the franchise further. We wish him success in his new role.”

This move was all the more surprising because under Bajwa, Bank Alfalah had grown rapidly. Previously, industry insiders had told Profit that Atif Bajwa did not get along with Adeel Bajwa, then CEO of the Abu Dhabi group.

Adeel Bajwa had been made the CEO of the Abu Dhabi Group in 2016, based off of his success in improving and then selling Warid Telecom, which was owned by the group, to Mobilink (now Jazz). Adeel Bajwa had also been associated with the Dhabi group for more than a decade, and helped with mergers and acquisitions for the group in South Asia and Africa. Reportedly, Adeel Bajwa had told Atif Bajwa that Bank Alfalah was spending too much money. The Sheikh sided with Adeel Bajwa, due to his long history with the firm.

However, Adeel Bajwa himself resigned and left the Dhabi group in March 2019. While neither the Group nor Adeel Bajwa officially commented on the reason for the departure, there have been rumours of the Sheikh alleging Adeel Bajwa of corruption.

In fact, just as recently as January 14, 2020, Adeel Bajwa filed a defamation case against a journalist for writing articles that alleged Sheikh Al Nahayyan had fired him for corruption and financial embezzlement.

This is not the only legal battle Adeel Bajwa is fighting: he is also involved in a dispute over property left by Sheikh Al Nahayan in Pakistan, this time with Bashir Tahir, his predecessor as the CEO of the Dhabi group.

Amidst this ongoing drama, it seems like the Dhabi Group has decided to reach out and trust the less controversial Atif Bajwa – at least to helm Bank Alfalah once more.