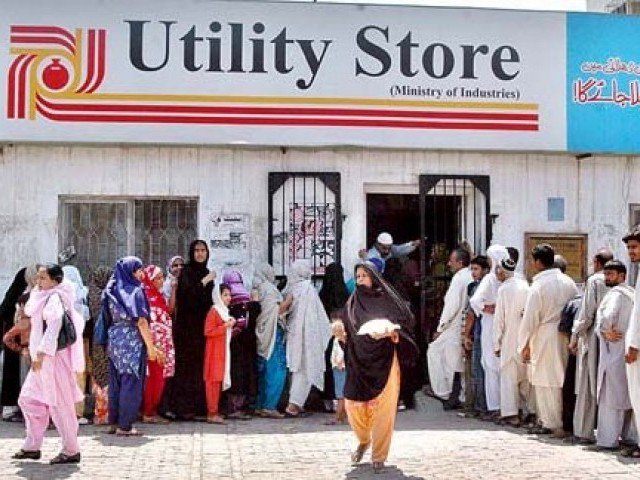 LAHORE: Sales of the Utility Stores Corporation (USC) surged to around Rs7 billion in January 2020, from the sales of around Rs1 billion in December 2019.

According to documents available with this scribe, sales in the provincial capital also increased from Rs120 million in December last year to Rs900 million in January this year.

USC Zonal Manager Faizan Hameed claimed that their national sales had witnessed a 600pc surge in January and if this trend continued, the corporation would overcome its deficit very soon.

Hameed informed that in December 2019, the Economic Coordination Committee (ECC) had approved a Rs6-billion subsidy to USC for the procurement of essential commodities, including flour, sugar, ghee, oil, pulses and rice.

Owing to the subsidy, the corporation had managed to maintain its stocks and receive more customers at its outlets, he added.

When asked about inflation and less number of stores, Hameed said that the corporation had stores in almost every major and small area of the country.

“All these stores, including 50 in Lahore, are functional. We are trying to control inflation by selling domestic and necessary products on subsidized rates.”

Hameed said under the Prime Minister’s Kamyab Jawan Programme, 2,000 youth stores would also be opened in collaboration with the USC to meet the growing needs of consumers.

He claimed that under the PM’s relief package, the USC would also receive Rs2 billion subsidy on essential food items for the next five months which would further improve the corporation’s performance.

“The year 2020 is proving lucky for the corporation as masses have again started buying groceries from the stores,” he added.

Another USC official, seeking anonymity, said the country’s population had increased manifold, whereas the corporation had fewer stores to meet this need.

“The existing number of stores cannot cater to the needs of the population and the government need to reopen the closed stores. These should also be opened at UC level as without adopting such parameters, the corporation will be unable to provide relief to the people,” the official added.

USC Union Joint Secretary Muhammad Ilyas informed this scribe that the corporation faced Rs22 billion deficit in 2019, but recent increase in sales would help it overcome the deficit in the next six months.

“The rise in sales will also increase the government revenue in the form of taxes as sales and purchases from the stores are receipt based. We previously had more than 5,000 stores in Pakistan which were reduced to 4,000 later.”

He said the corporation has 14,000 employees, adding that growth in business would also create employment opportunities.