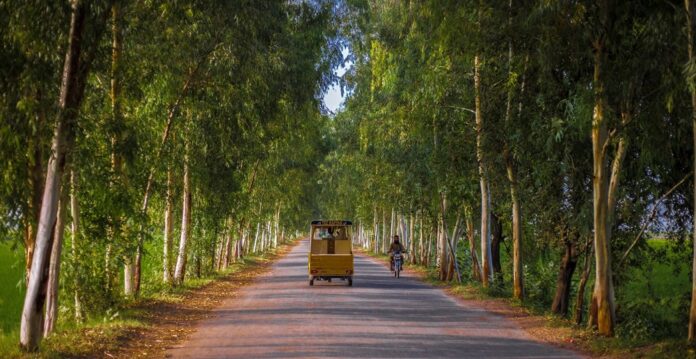 ISLAMABAD: The World Bank has shown its interest to provide $188 million to fund the upcoming Ecosystem Restoration Initiative aims at implementing the ‘Ten Billion Tree Tsunami’ and ‘Recharge Pakistan’ programmes.

The $188 million fund will be placed under the National Disaster Risk Management Fund (NDRMF), as it already has a framework and mechanism in place for quick and efficient disbursement of the money.

NDRMF has already been financing projects through funding being arranged from the Asian Development Bank, said a press release issued on Sunday.

The Ecosystem Restoration Initiative in addition to financing afforestation projects such as the Ten Billion Tree Tsunami would also focus on Recharge Pakistan, E-Vehicles, Marine Life and Blue Economy, Biodiversity and Land Degradation, provision of early warning radars and eco-tourism.

The PTI government has had launched these major initiatives as part of climate change mitigation and adaptation, and fighting environmental degradation.

The TBTT project is an up-scaled version of the project implemented by the PTI government in Khyber Pakhtunkhwa between 2013 and 2018.

The Ecosystem Restoration Initiatives will not only provide money to the provincial governments and other implementation partners through grant financing, it will also free up space in the budget allocations for the government.

The bank has already held consultations with federal government departments, provincial governments and non-governmental organisations in the last few weeks to finalise restructuring proposals of its Hydro-Met Project.

Now the bank will use the project funds to finance the Ecosystem Restoration Initiative.