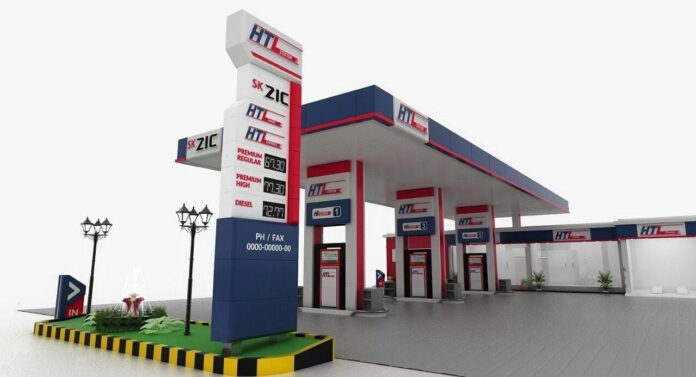 Hi-Tech Lubricants (HTL), which manufactures engine and machinery lubricants in Pakistan, finally managed to have a somewhat positive second quarter in fiscal year 2020, after a depressing first quarter.

In the second quarter, the company’s earnings-per-share stood at Rs0.93, which was an improvement from the loss-per-share of Rs2.09 last quarter, and Rs1.11 during the same period last year.

“The results were broadly in line with our theme that HTL will close the second quarter in the green due to recovery in sales volumes after a depressed first quarter. However, topline was below our assumption which led to lower than expected earnings.” wrote Muhibur Rasool, research analyst at Alfa Adhi Securities, a securities brokerage firm, in a note issued to clients on February 24.

The ‘topline’, or net sales in this case, stood at Rs1,613 million, which was 2.5 times higher than net sales in the previous quarter, due to volumetric recovery. However, the finance cost stood at Rs75 million, mostly due to increased borrowing to meet working capital requirements.

So, what happened to sales in the first quarter of 2020? There were two problems: first, a lot of pre-selling had occurred in the previous quarter, or the fourth quarter of 2019, as the company had offered a one-time credit facility to distributors to let them benefit from lower product prices before the Finance Act 2020’s conditions on documentation of the economy kicked in.

Under the new law, which is an attempt by the government to force undocumented businesses out of the shadows and into the world of documentation where they can be taxed, the government has begun requiring businesses to record the computerised national identity card number of every person or entity with whom they do business exceeding Rs50,000.

This condition has caused consternation among most retailers and wholesale traders, who insist on remaining undocumented, and unwilling to pay their taxes. As a compromise measure, the Pakistan Tehrik-e-Insaf (PTI) led administration, headed by Prime Minister Imran Khan, decided to give traders more time and relaxed the CNIC documentation condition until January 31, 2020.

This resulted in several businesses deciding that they would conduct as many transactions as possible before that date – and thus without the legal requirement of being documented. Several companies which are reliant on the bulk of their sales going through such traders and distributors have therefore seen unusually skewed patterns in their revenues, with higher sales during the last quarter of 2019, and the expectation that sales during the first quarter of 2020 will likely be lower.

The company did not announce any dividend, despite expectations that it would issue a dividend of Rs1 per share.

On the bright side, gross margins remain positive, clocking in at 28.7%, which was higher than Rasool’s expectations of 24%. That is because the portion of locally blended products in HTL’s product mix is increasing. Though locally blended products are cheaper, which means lower net sales, they have much higher margins that imported lubricants, which actually means they have better gross margins.

Besides, it seems like HTL will have to rely on locally blended products moving forward: after the series of devaluation of the currency by the Pakistani government, and the changes in the tax regime via the Finance Act 2019 and 2020, the price differential between HTL imported products and locally blended products has increased significantly. The result: a decline in sales of imported lubricants.

It is an interesting turn of events, since Hi-Tech Lubricants started out in 1997, as primarily importing lubricants from South Korea to Pakistan. It established distribution in Lahore, and was the pioneer in creating awareness about synthetic lubricants. In 2000, it expanded to Islamabad and Karachi; in 2007, it entered a partnership with South Korea’s SK Lubricants, and Pertamina, an Indonesian State Oil company.

HTL is the only pure-play publicly listed lubricants company in Pakistan, since the bulk of lubricants sold in the country are by oil marketing companies that derive the bulk of their revenues from petrol and diesel sales to motorists. While the market for petrol and diesel dwarfs that of lubricants, it is also a highly regulated one, where the Oil and Gas Regulatory Authority (OGRA) dictates the gross margin.

HTL appears to be moving in the opposite direction of Chevron: it started as a lubricant company and is now moving into the retail petrol pump business, planning to open 360 pumps across Punjab, Sindh, and Khyber-Pakhtunkhwa over the next five years. The company currently sells its lubricants largely through distributors – with its Zic brand being particularly well-known among auto mechanics and workshops across the country – as well as service centers the company owns in select cities.