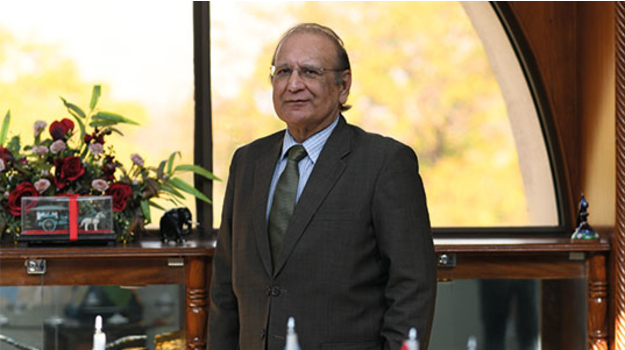 ISLAMABAD: Auditor General of Pakistan (AGP) Javaid Jehangir on Monday directed his department to finalize the next year’s (FY21) audit plan after consulting all concerned stakeholders.

The directive came at a two-day conference on ‘Goal Settings of Next Audit Year Plan 2020-21’ held at the Department of AGP.

Chairing the conference, the AGP highlighted the significance of the conference, saying it was being held at a time when main audit reports have been finalized for the current audit year 2019-20, and DAGP is going to start audit planning for the next year.

Jehangir said the organization is working in a transformed environment and that the stakeholders including government departments, ministries and foreign donors expect better and relevant feedback through DAGP reports.

“The audit reports should develop clear understanding of stakeholders towards audit issues and auditor’s perspective. For a better and effective audit planning, it is essential to interact with external stakeholders to determine their perspective of contemporary issues,” he said.

The AGP stressed the Directors General Audit to bring innovation into audit reporting. “The auditors need to make an intelligent analysis of audit issues re-aligning audit reports with the expectations of the stakeholders.”

He emphasised on reflecting strategic issues, goals and achievements of auditee organisations, issues related to public service delivery, governance and transparency into the audit reports.

The department was considering establishing separate works audit offices in KP and Sindh, on the pattern of works audit office Punjab for better accountability transparency and reporting purposes, Jehangir told the conference.

The representatives of international donors highlighted their long term relationship with DAGP.

A USAID representative apprised the participants that the AGP had conducted USAID funded projects worth $2 billion during the last decade and the quality of audit was far-higher and comprehensive.

The conference was attended by the Controller General of Accounts along with all provincial Accountant Generals, all Directors General from audit offices across the country, senior management of DAGP and representatives of USAID, World Bank, Asian Development Bank and GIZ.

Lessons learnt during the audit activity of previous year were shared and key highlights of next Audit Year Plan 2020-21 were presented during the conference.

AGP Jehangir directed all Directors General Audit to take feedback from relevant secretaries and heads of organizations, and to include it into the audit plan for year 2020-21 for better accountability.

He further directed them to conduct audits of those organizations that reflected high risk areas.