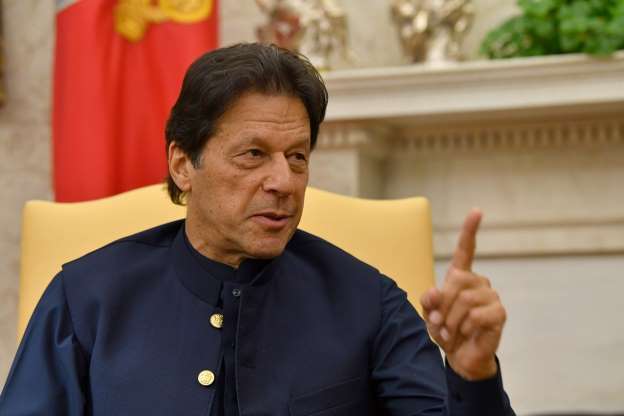 ISLAMABAD: Making good on his promise of ensuring transparency and accountability in governance, Prime Minister Imran Khan on Saturday not only made the inquiry reports into the sugar and wheat shortage public but also ordered the formation of a commission to probe into the sugar crisis and to conduct a forensic audit of the sugar mills, including some owned by senior members of the ruling Pakistan Tehreek-e-Insaf (PTI).

The directives came after an inquiry committee formed by the premier to probe into increase in sugar price found out that the export of sugar was not justified and the exporters, including prominent members of the ruling Pakistan Tehreek-e-Insaf (PTI), benefitted in two ways by gaining subsidy and then fetching huge profit from the increasing sugar prices in the local market.

The commission has been directed to complete its task by April 25. After the finalisation of its report, the findings will also be made public and any corrective and/or punitive measures required or recommended will be taken by the federal government.

According to the report, sugar price was increased from Rs 55 per kg in December 2018 to Rs 71.44 per kg in June 2019, despite the fact that General Sales Tax (GST) increase was implemented from July 1, 2019. After the export of sugar in January 2019, its price started increasing immediately in the local market.

The major beneficiaries of the subsidy offered by the government on export of sugar include RYK Group, owned and controlled by Makhdum Omer Shehryar, a relative of Federal Minister for Food Security Makhdum Khusro Bakhtiar, which availed 15.83 per cent of the total export subsidy amounting to Rs3.944 billion. Chaudhry Munir and Pakistan Muslim League-Quaid (PML-Q) senior leader Moonis Elahi are also partners in this group.

Sugar mills owned by the Sharif family availed 5.91 per cent of the total export subsidy amounting to Rs1.472bn.

The report also revealed that in the past few years the production of sugar was historically more than the local requirements, therefore it was imperative to probe and include this aspect related to export of sugar including any subsidy given, its impact on local sugar prices and eventually major beneficiaries of such export subsidies.

The production of sugar in 2016-17 and 2017-18 was more than the estimated domestic consumption of the country, hence the sugar was exported from Pakistan.

According to the report, the export of 1 and 0.1million tonnes of sugar was approved on Oct 2 and Oct 4 respectively, which was not time-bound. In April and May 2019, Punjab raised concern over the increase in the sugar price, but export was not banned even though the meeting showed net stocks as negative 0.191 million tonnes. Finally, the export was banned in Feb 2020.

According to the report, the price Rs55 at the time of the approval of the export kept on increasing and the “market players knew that the sugar stocks are running low in the country, hence with increasing exports, the price kept on increasing consistently every month. In April and May 2019, maximum quantities were exported and the price jumped accordingly”.

Despite the Ministry of Industries and Production secretary’s letter to the provincial secretaries in Oct 2019 regarding the hike in the prices, no decision was taken. In fact, hoarding was to be blamed for the increase in the price, the report said.

According to the report, the Sugar Advisory Board (SAB) in its meeting on June 20, 2019, didn’t ban the export despite clear calculations that the stock position will be negative after deducting the strategic reserves.

“In 2018, the Punjab government allowed subsidy of Rs5.35/kg and a total of Rs3bn was allocated on the export of sugar. Hence, only the sugar mills of Punjab were entitled to the subsidy from Oct 2018 to Feb 2020. However, in the wake of the increase in the prices, the subsidy was withdrawn in May 2019.

According to the report, the Punjab government kept on providing the subsidy despite an increase in the price of sugar in the domestic market.”Out of the 0.762m tonnes, 0.474m tonnes (62%) were exported before the withdrawal of the subsidy and the remaining 38% was exported afterward.

“It is worth mentioning here that out of Rs3bn allocated by the Punjab government from Jan 2019 onwards, Rs2.47bn were utilised from Jan1 to May 24.”

“It can be seen that sugar mill owners who availed max subsidy had political clout and influence in decision-making and they tried to gain max benefit in a limited time,” it added.

According to the report, the advisory board failed to take a timely decision to ban the export, which led to the shortage of the commodity. It also questioned the delay mechanism in the lifting of sugar and advised that it be lifted in time to ensure smooth supply.

It also urged the government to crack down on satta players — a form of virtual gambling that affects the market price of sugar– who are “known well to the provincial special branch and intelligence agencies”.

However, given the narrow margin between demand and supply, there is a chance that the hoarders will swing into action. Therefore, the government should have enough stocks to stablise prices in such a case, it added.

The committee has also pointed out the practice of ‘forward buying’ and satta practice which could take the sugar price upwards of Rs100 per kg by Ramzan.

The committee suspected the involvement of sugar mills and wholesale dealers of sugar in collusion behind this practice; however, it indicated that the commission constituted by the federal government can unearth evidence and parties involved.

In response to an additional question, the committee responded with data of subsidy given for the last 5 years to the tune of almost Rs25 billion.

According to consolidated data, the RYK group has been the largest beneficiary with a total subsidy of Rs4bn, JDW over Rs3bn, Hunza Group at Rs2.8bn, Fatima Group at Rs2.3bn, Sharif Group at Rs1.4bn and Omni Group at Rs901m.