Dasu, Mohmand dams to be completed in 2024, says WAPDA chairman 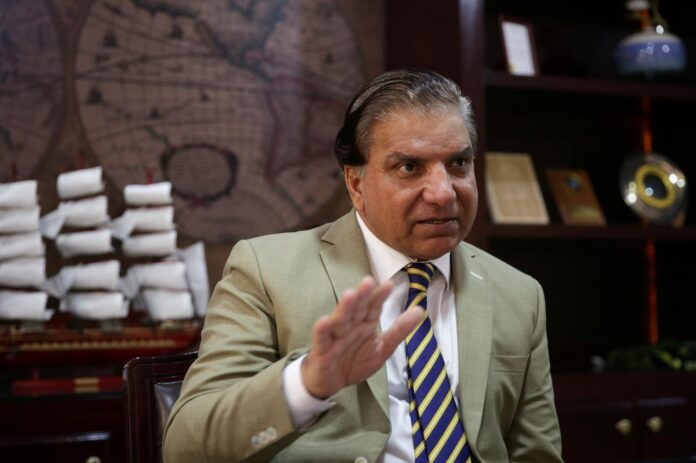 Talking to reporters outside the Supreme Court, he said he had sought guidance from the Attorney General on legal matters.

Hussain said in Thursday’s meeting he got legal advice on the ongoing projects of WAPDA.

The chairman said locals of Gilgit-Baltistan had been paid against land acquired for the construction of Basha Dam, adding they were satisfied on receiving money against their land.

Hussain said the work was continuing round the clock at 21 power houses and employees were working in shifts to protect them from the coronavirus.

He said global institutions’ response for dam’s funding was not encouraging so WAPDA decided to build the dam with its own resources.

WAPDA had received 18 per cent funds for the dam from the government while the rest of funding would be arranged by itself, he added.

The WAPDA chairman said despite the virus pandemic, work on Pakistan’s hydropower projects was in progress.

He said in the last two years many energy projects had been completed successfully and 2,487 megawatts affordable electricity was being supplied to the national grid. Affordable hydropower would reduce the dependence on expensive IPPs, Hussain added.

He said the electricity generated from hydro projects would cost about Rs2 per unit as the power of IPPs was costing Rs18 per unit.

He said the construction work on Dasu and Mohmand Dams was in progress, adding work on Diamer Bhasha Dam would begin in the next few weeks.

“Bhasha Dam has a capacity of generating 4,500MW and its capacity to store water would be 8.1 million acre feet,” he added.

He said earthquakes and environment in the country were being propagated against these projects and WAPDA with the help of local and foreign experts and engineers would resolve these issues soon.

He said Chairperson Ehsaas Program Dr Sania Nishtar had assured that the aid would be databased and the individual would have to go through five different stages for his identification.

Khalid said the Tiger Force would only target people in villages and towns, who were without cell phone and internet facilities.

He said judges were rightly concerned about the closure of hospitals as patients with other diseases remained without treatment.

Khalid informed the court that out patients departments would be opened step-wise.