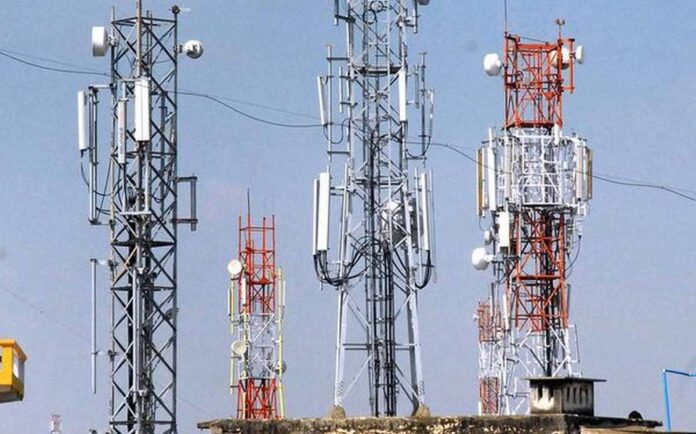 ISLAMABAD: Telecom operators are providing services through ‘illegal/unregistered’ Base Transceiver System (BTS) towers in the federal capital, an inquiry report has revealed.

According to sources, the sub-committee of the Local Government Commission (Islamabad), in its inquiry report titled ‘Corruption/negligence/malpractice in the Directorate of Municipal Administration Islamabad (MCI)’, has unearthed massive corruption in the affairs of the directorate.

After thoroughly analysing the documents, the three-member sub-committee, headed by ICTA Director General Syeda Shafaq Hashmi, has submitted the inquiry report to the Local Government Commission, which has further passed it on to the Prime Minister’s Office.

The commission had directed the MCI to submit a reply on 11 questions that included whether BTS towers of each telecom operator were registered and part of the MCI’s tax net. And if not, MCI must give reasons about the potential beneficiaries.

According to sources, telecom operators need to install BTS towers to provide coverage to their clients. For this purpose, Telecom Infrastructure Provider (TIP) companies, duly registered with the Pakistan Telecommunication Authority (PTA), provide services for installation of these towers.

After initial scrutiny of the information data provided by the companies, it was leant that many telecom operators were using or providing services of/to those companies that were not registered with PTA and CDA/MCI. These included MKZ, SACTEL, Telecard, NADRA, PAKCOM, TLR/CPM, QUBEE and AUGREE.

The Directorate of MCI was subsequently issued a letter inquiring about the status of these operators with PTA, as these unregistered operators might pose a threat to the national security and could promote grey trafficking.

The sub-committee, during the scrutiny of record, found discrepancies that were mainly related to the financial and procedural record, since files were not maintained and approval for the grant of licences was not clear. The record of licencing, as well as the copies of permission letters issued by the CDA’s Planning Wing, was incomplete. As there was no proper demand and collection register to assess the yearly revenue target, it was difficult to reconcile the financial record.

It was observed that the CDA’s Planning Wing played a major role in the allocation of land for BTS installations, but there was no correspondence found, raising suspicion regarding tampering of the record.

Similarly, it was also observed that whenever a BTS tower was installed on CDA/MCI land, a considerable area of the land was occupied by the company. If it was a necessary requirement for the BTS tower, the CDI should have charged according to the gazette rates of open and covered areas, otherwise, this was “illegal occupation of land” which means tax evasion of millions of rupees.

The report noted that MKZ was a PTA-licenced infrastructure provider since 2015, but was operating as a Telecom Service Provider since 2009 with “declared installed BTS towers” in collaboration with and permission of the CDA’s Planning Wing.

“MKT has installed BTS towers on MCl/CDA land without fulfilling requisites. The company has been issued six licences to install 50 towers from 2009 to 2019.”

It was learnt from the PTA’s official website that MKZ had obtained its licence on 15 March 2016, but the licence for installation of BTS towers was issued by the CDA’s Planning Wing much before the PTA’s licence.

Similarly, BTS towers of SACTEL, AUGERE, Tele-Card and Tele-Solution have also been operating illegally since 2004. These companies had installed BTS towers on MCl/CDA land without fulfilling requisites and approvals.

In a statement, the MCI Directorate stated that its Telecom Unit was created in November 2014, with Ghulam Hafeez as its Project Manager/Deputy-Director and Hashim Khan as Admin/Recovery Officer.

“However, upon their transfers, the administrative and financial record was not handed over and in fact, Hashim Khan went missing. The financial data sheets showing the entries of deposited amounts as tax into the CDA’s account on a yearly basis also went missing,” it maintained.

According to the inquiry report, the PTA’s Directorate General (licencing) was approached on 5th October 2017 to seek advice on the issue, but the matter remained unresolved.

Meanwhile, a special audit on the direction of CDA was also conducted regarding financial and administrative audit of the BTS record. However, due to non-availability of receipts, quantification of BTS towers and scattered information, the report could not be prepared.