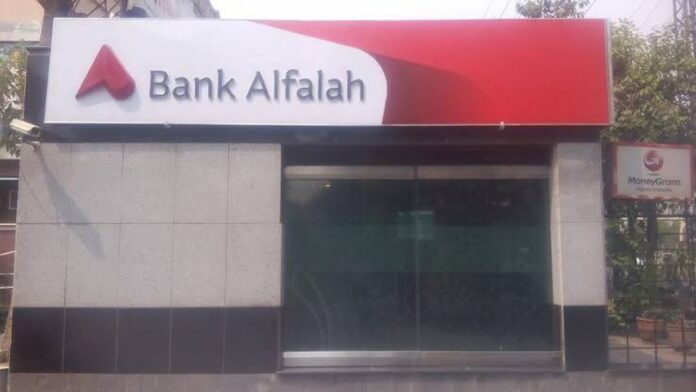 KARACHI: The Board of Directors of Bank Alfalah met on Sunday to review the bank’s performance and announce its financial statements for the first quarter ending March 31, 2020.

According to the financials, which were released on Monday, the bank’s profit after tax increased to Rs2.89 billion in the quarter ending March 2020, as compared to the Rs3.16 billion in the corresponding period last year, showing a fall of 8.6pc year-on-year.

In a statement, the bank said that the decline in profit was mainly due to a prudent approach towards provisioning against both the credit portfolio and investment impairment.

“On the credit front, certain loans have been subjectively downgraded, while full impairment charge has been taken on equity book instead of availing the relaxation allowed by SBP of deferring charge over the year,” the bank said.

The bank announced no interim cash dividend. The bank’s earnings per share (EPS) clocked in at Rs1.63, which is a decrease from the Rs1.79 during the same period last year.

The net interest income of the bank stood at Rs11.78 billion, which was a 5.5pc year-on-year increase from the Rs11.16 billion during the same period last year. The bank said that last year’s net interest income included recovery of suspended markup on a non-performing loan.

Meanwhile, the total non-interest income increased 20.9pc year-on-year, from Rs2.37 billion last year to Rs2.86 billion this year. Most of that rise was due to the substantial increase in foreign exchange income, which stood at Rs1.06 billion, a 120.8pc increase from the Rs477 million in the same period last year.

The bank clarified that the non-interest income was impacted by bearish stock market sentiments amid coronavirus fear.

Non-interest expenses jumped by 19.6pc, from Rs6.76 billion in the last period to Rs8.09 billion now. According to the bank, non-interest expenses were driven by higher investment in IT and digital channels, regulatory compliances, the full period impact of 49 new branches opened last year, and the overall impact of inflation and rupee devaluation.

The bank’s gross advances were reported at Rs520 billion, while deposits stood at Rs755 billion.

At the quarter end, the bank’s gross advances to deposits ratio stands at 68.9pc, while the CASA ratio was 80.6pc. According to the bank, this is among the highest in the industry.

The bank’s non-performing advances stood at Rs23.5 billion, and the NPL ratio at 4.5pc.

“The shareholders’ equity of the Bank improved marginally despite payment of dividend approved by the shareholders in the AGM held in March 2020.  At the close of the first quarter, the Bank remains adequately capitalized with CAR at 17.25pc.” the bank added.