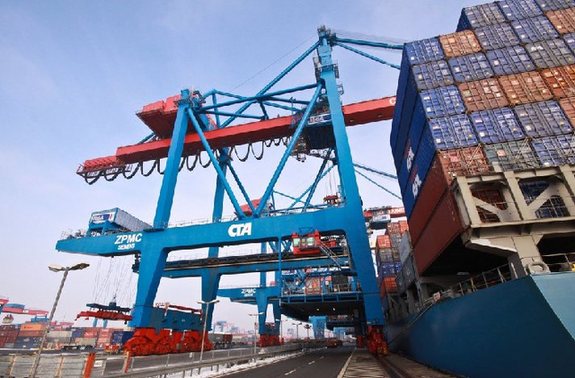 ISLAMABAD: The country’s trade deficit reduced by 25.68 per cent in the first three quarters of the current financial year as compared to the corresponding period of last year.

During the period under review, the country’s exports registered about 3.92pc decrease, while the imports witnessed a sharp decline of 16.50pc, said the foreign trade statistics release by the Pakistan Bureau of Statistics (PBS).

Based on the figures, the trade deficit during the period under review was recorded at $19.497 billion against the deficit of $26.233 billion during last year, showing a decline of 25.68pc.

Likewise, the imports into the country declined by 6.88pc in April 2020, when compared to the import of $3.316 billion in March this year.

- Advertisement -
Facebook
Twitter
Linkedin
WhatsApp
Email
Previous articleChina says tariffs should not be used as a weapon after US threats
Next articleSECP, FBR discuss tax proposals for capital, corporate sectors