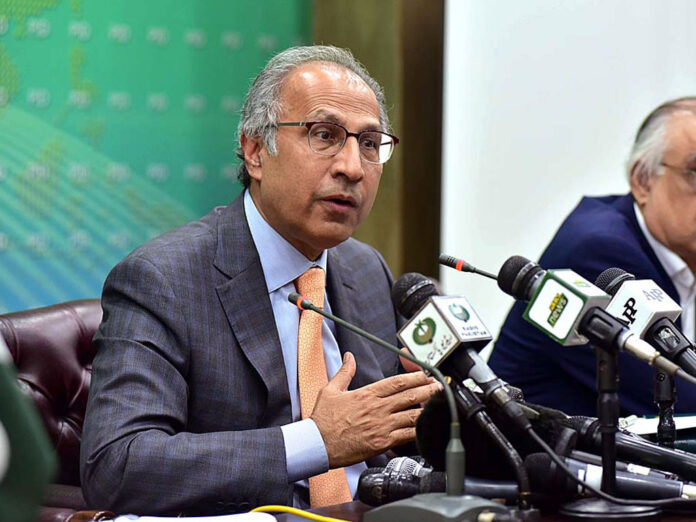 ISLAMABAD: With current projections of -1.5 GDP growth rate owing to the impact of COVID-19 pandemic, the country’s economy would turn around to witness 2pc growth in upcoming fiscal year (2020-21), Adviser to Prime Minister on Finance and Revenue Dr Abdul Hafeez Shaikh said on Thursday.

Participating in a webinar on “Pakistan Economy: Post COVID-19”, organised by the Institute of Chartered Accountant of Pakistan (ICAP), the adviser said that Pakistan was initially expecting around 3pc growth during the current fiscal year, however, it would end up being -1pc to 1.5pc due to coronavirus impact.

“With improvements in corona situation, the GDP rate is expected to grow by 2pc next year,” he claimed.

The adviser resolved that the fiscal deficit, which was projected at 9pc this year as against the target of 7pc, would be brought down next year, while the debt to GDP ratio would also be reduced.

Talking about the post-COVID-19 situation, Shaikh said the contraction in global economy has been badly affecting Pakistani exports, as witnessed in April, when exports had declined by 40pc as compared to the same month last year.

He noted that low economic activity due to countrywide lockdown had increased the ratio of unemployment, while revenue collection had also declined in recent months which would add to the fiscal deficit.

Shaikh said that the government had taken comprehensive measures and had announced a Rs1.2 trillion economic stimulus package to help businesses and vulnerable segments of the society to deal with the challenges of coronavirus.

“The IMF has also been supportive of government’s stimulus package, which was introduced by the government to check contraction of the economy, while the package given to construction industry will also help keep economic activities on.”

He said that when the government came to power, the country was facing a severe economic crisis, however, tough but necessary decisions were made to rescue the crippling economy.

Due to those policies, he said, the current account deficit was reduced from $20 billion to just $3 billion. Likewise, stagnant exports started witnessing growth whereas rupee was allowed to find the correct value in the market, he added.

“In addition, confidence was restored in global players and financial institutions after the country entered a programme with IMF, which provided $6 billion. Asian Development Bank (ADB) and World Bank (WB) are also backing the country.”