US jobless claims keep climbing to hit 38.6mln since lockdowns 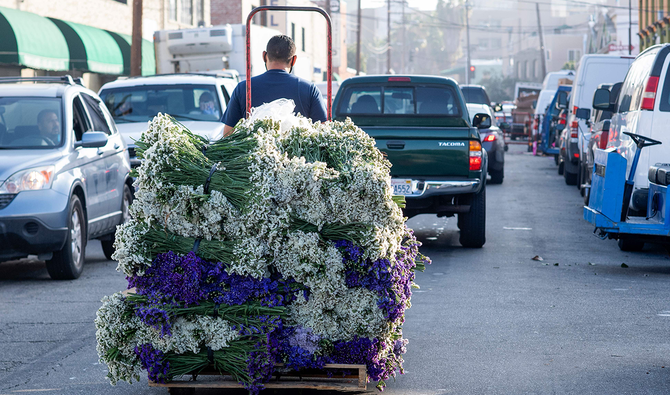 WASHINGTON: Millions more Americans filed for unemployment benefits last week as backlogs continue to be cleared and disruptions from the novel coronavirus unleash a second wave of layoffs, pointing to another month of staggering job losses in May.

Initial claims for state unemployment benefits totaled a seasonally adjusted 2.438 million for the week ended May 16, the Labour Department said on Thursday. Data for the prior week was revised down to show 2.687 million claims filed instead of the previously reported 2.981 million. Connecticut said last week it had misreported its numbers.

The Labour Department data on new first-time claims for unemployment benefits for the week ended May 16 showed the rate of new filings continued to slow in the second month of the nationwide lockdowns, but the job losses remained among the highest on record.

The figure was in line with analysts´ forecasts, and brings the average in new claims over the last four weeks to 3,042,000, seasonally adjusted, while the number of people actually receiving benefits — usually lower as applicants take time to be approved — 25,073,000 as of May 9, the Labour Department said. The report, which tallies up claims filed in state programmes, now also includes the raw total for benefits under the Federal Pandemic Unemployment Assistance which hit 2.22 million, not seasonally adjusted.

That programme is aimed at workers like contractors and self-employed people who would not normally qualify for traditional benefits — indicating the weekly job losses may be closer to 4.7 million. Initial claims appeared to have passed their peak hit in late March, and the latest figure is down 249,000 from the nearly 2.7 million claims file in the week ended May 9.

“The dramatic spike in unemployment claims is trending down, but it still completely overshadows any precedent,” Kate Bahn, director of Labor Market Policy at the Center for Equitable Growth, said on Twitter. The jobless claims report, the most timely data on the economy’s health, could offer early clues on how quickly businesses rehire workers as they reopen and on the success of the government’s C(PPP).

A broad shutdown of the country in mid-March to contain the spread of COVID-19, the respiratory illness caused by the novel coronavirus, has resulted in the worst unemployment since the Great Depression. “None of these states had systems set up to process the unprecedented amount of claims in one fell swoop, so there are backlogs,” said Steve Blitz, chief U.S. economist at TS Lombard in New York.