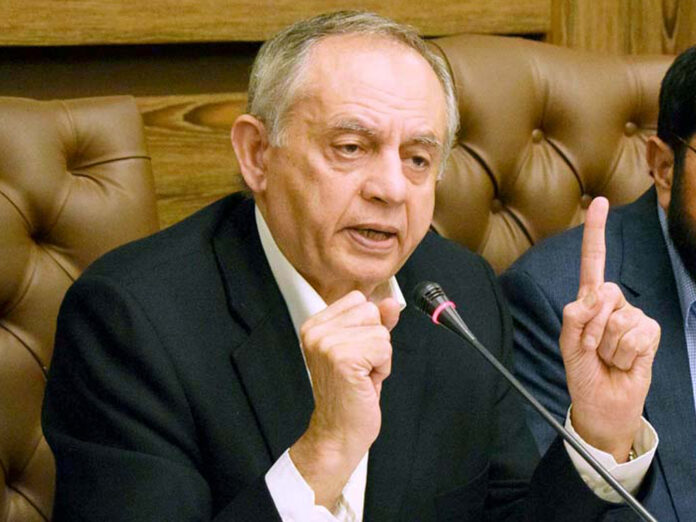 ISLAMABAD: Adviser to Prime Minister on Commerce Abdul Razak Dawood has informed that the Board of Investment (BoI) was working on amendments in the Special Economic Zone (SEZ) Act 2012 to facilitate the services sector, provide a conducive environment for enterprises, and attract foreign direct investment in the country.

Talking to APP on Wednesday, he said the act, in its current form, could not effectively contribute towards industrialization in its true spirit due to some inherent shortcomings, like slow pace of development, lack of utilities, complicated approval processes, cumbersome procedures to avail incentives, lack of clear policy objectives, absence of one-window operations etc.

The adviser said the proposed amendments aim to cater to the government’s vision to promote the entire service sector such as knowledge and IT SEZs and integrated tourism zones.

He said that considering that regulatory and bureaucratic hurdles pose the biggest challenge to industrialization, a ‘One-Stop Services Act’ is proposed to be promulgated to ensure the requisite ease of doing business and to provide quality services to the investors with legal backing.

On a query, Dawood said the SEZs constitute a major part of the government’s industrialization agenda, which includes export promotion, import substitution, transfer of technology and employment generation.

The adviser said the establishment of SEZs was critical to resolving ‘balance of payment issues’ as “we generally give priority to enterprises that are involved in export generation or import substitution”.

Talking about the criteria, the adviser said that only those economic zones were given the status of SEZ that were generating exports. “At a zonal enterprise level, the admission into an SEZ is based on the economic viability of the business proposal.”

Dawood continued that the economic viability was gauged through expected employment generation, domestic and imported raw material consumption, and local & imported machinery available at the time of filing of the application.

“As more zonal enterprises are coming into production, the monitoring of these commitments has become indispensable,” he said, informing that instead of leaving it up to the developers or SEZs, the SEZ Secretariat at BoI was working to consolidate the data to gauge the actual benefits at the zonal enterprise level.

Dawood said that with digital world becoming a reality, the SEZs were to be transformed to meet the modern-day challenges and create space for IT SEZs.

“For this to materialise, the proposed amendments also include a special provision for IT SEZs that relaxes the minimum land requirement of 50 acres.”

He informed that an incentives package to ensure meaningful export-led labour-intensive industrialization through local and foreign investors, including the expected Chinese relocation of industries in the SEZs, has been prepared by the BOI and has been submitted to the Economic Coordination Committee (ECC) for approval.

“This package is not only an extension to the already provided incentives but it also has some additional benefits for developers and enterprises, subject to the approval of the ECC.”

On the role of SEZs in industrial development under China Pakistan Economic Corridor(CPEC), Dawood said that CPEC SEZs could be a true catalyst to industrialize Pakistan.

The adviser informed that due to various shifts in global economy as well as the changes in international relations, many manufacturing businesses were relocating from China to other destinations.

An Industrial Development Cooperation Project (CPEC-ICDP) project was already underway at BOI with a mandate to fast track industrial cooperation between China and Pakistan, he added.

Dawood further informed that China was developing the first state-of-the-art CPEC-SEZ (Rashakai Special Economic Zone) in Nowshehra, more international developers were being solicited through international bidding to develop SEZs in Pakistan. “Chinese companies (state-owned as well as private) are showing a keen interest to develop SEZs in Pakistan and we hope that with Chinese units in CPEC SEZs, Pakistan will become part of Global Value Chains (GVCs).