As world marks 'No Tobacco Day', Pakistan continues to lose billions worth revenue every year due to illicit tobacco trade, high-handedness of multinational companies and loopholes in the system 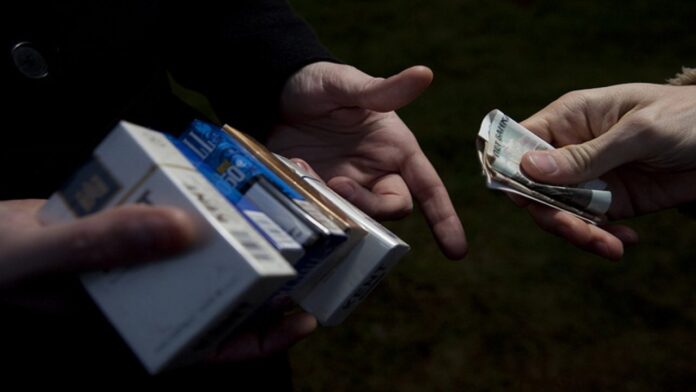 As Pakistan reels under a huge economic crisis due to coronavirus pandemic, the government is under immense pressure to balance the upcoming budget, mainly by generating additional revenues and plugging the already identified holes in their sources of income.

While the ongoing coronavirus crisis is a huge disaster for a developing country like Pakistan, it has also brought in a golden opportunity for the government to correct some wrongs being done for long through economic reforms and ensuring financial discipline.

As world marks ‘No Tobacco Day’ tomorrow, Pakistan continues to lose billions worth revenue every year due to illicit tobacco trade, high-handedness of multinational companies and loopholes in the system.

As the federal budget for 2020-2021 is just weeks away, the Pakistan Cigarette Manufacturers Association has submitted a plan to the Federal Board of Revenue (FBR) to generate up to Rs260 billion revenue without increasing the consumption and rescue the struggling local industry.

According to the association, the seven-year plan, based on a detailed study, will not only help increase the revenue, but will also provide a breathing space for the local tobacco companies whose competitiveness is eroding due to high-handedness of international brands, which may not survive if changes are not made in the existing system.

On elimination of illicit trade from tobacco market, the association suggested FBR to produce and validate an accurate register of domestic manufacturing locations, strict enforcement of license criteria to operate machinery, require the machinery owners/operators to accurately report monthly quantities produced of each brand as well as the quantities sold ex-factor to distribution entities.

Besides the financial impacts, the tobacco trade has innumerable health hazards attached to it.

Amid Covid-19 crisis, some tobacco companies have been putting their logo on free face masks, while others have offered doorstep delivery during quarantine. In some countries, such companies lobbied for tobacco products to be listed as ‘essential’, and the cigarette firms are still trying out all manner of ways to get youngsters lighting up.

Pakistan is among the top 15 countries in the world with widespread tobacco consumption and higher rates of tobacco-related health issues.

According to 2019 estimates, 19.1pc of the population, which includes 31.8pc of men and 5.8pc of women, consume tobacco in one form or another. Among these tobacco consumers, 9.6pc of the overall adult population (17.9pc men, 1pc women) are daily cigarette smokers, whereas 2.7pc of the adult population (4.4pc men, 1pc women) smoke water pipes daily. Furthermore, 7.1pc adults (10.5pc men and 3.5pc of women) use smokeless tobacco.

Among the young population, 10.7pc of all youth – including 6.6pc girls and 13.3pc boys – consume tobacco or tobacco products.

The tobacco industry is aggressively targeting youth, especially girls, via tobacco advertisement, product display, and sales and the organizations belonging to health, education, academia, youth development, and human rights need to get together to lobby against the marketing strategy of the tobacco industry.

For Pakistan, it is necessary to tackle the black-market sale of cigarettes for three reasons: firstly, smoking is injurious to health and strikes a huge dent to the health budget; secondly, making sure the tax increase fully reaches state coffers; and thirdly, being a signatory to the WHO’s Framework Convention on Tobacco Control (FCTC) as well as to its Protocol to Eliminate Illicit Trade in Tobacco Products (ITP), Pakistan requires to implement the Tracking and Tracing (T&T) system that will allow authorities to mark cigarette packs and rolling tobacco with secure, unique ID so that they can be traced from their point of manufacture all the way through the supply chain to the point where all taxes have been paid.

On the occasion of ‘World No Tobacco Day’, the WHO has called on all sectors to help stop marketing tactics of tobacco and related industries that prey on children and young people. It has also called on social media platforms to ban the marketing of tobacco products, since, ‘it is the only product that if you use the right way – the way it’s intended – it will kill you’.