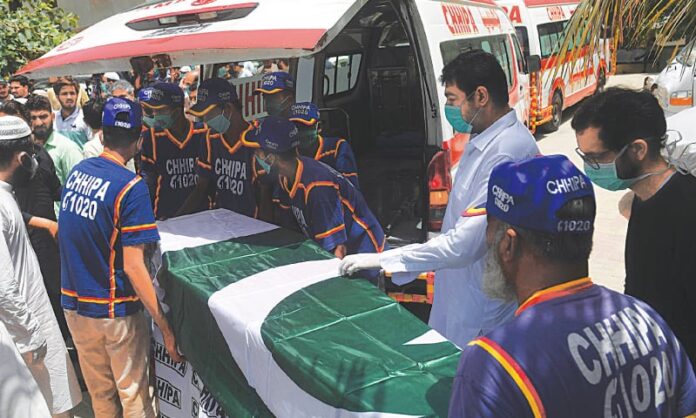 The president issued these directives while presiding over a briefing here at Aiwan-e-Sadr on Friday. He appreciated the relief measures taken by PIA and the facilities provided by it to the families of the deceased. He also directed the CEO to ensure implementation of standard operating procedures (SOPs) as PIA has resumed flight operation.

The CEO PIA briefed the president about the investigation into the plane crash and the relief efforts made by the national airline. He said that 44 bodies of the victims have been handed over to their heirs so far.

The CEO informed the president that SOPs for outbound international flights have already been issued according to which airlines will be required to follow the SOPs of the destination country. Additionally, disinfection of aircraft will be ensured, he added.

Meanwhile, the chief executive officer visited the house of PIA airhostess Anam Khan in Lahore, who died in the plane crash in Karachi. He expressed condolences with father and other family members of the deceased.

Meanwhile, all the national and foreign airlines have been allowed to resume their flight operations between Pakistan and the rest of the world as the country’s Civil Aviation Authority (CAA) on Friday last announced to lift curbs imposed on March 21 in order to stop the spread of coronavirus disease. The PIA may operate flights but resumption of international flights also depends on other countries.