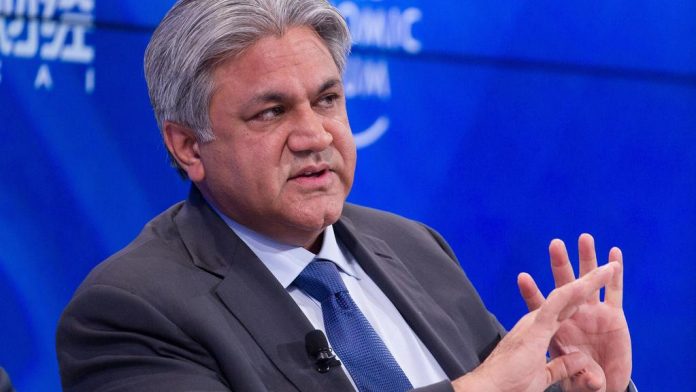 Abraaj Group Founder Airf Naqvi was not allowed to contest the charges in the indictment against him or submit evidence pertaining to case facts during an extradition hearing on Tuesday at the Westminster Magistrates’ Court, due to a political treaty between the United States (US) and the United Kingdom (UK).

The extradition hearing pertaining to allegations of money-laundering, fraud and racketeering against the Abraaj Group founder was initiated at the request of the US government.

According to reports published by local media outlets, if extradited to the US, Naqvi would face a jail term of 291 years on 16 counts levelled against him.

An extradition treaty between the US and the UK signed in 2003, makes accusations under extradition cases, incapable of challenge which limits Arif Naqvi’s defence to legal technicalities around extradition.

Naqvi was arrested by the UK authorities last year, who say there are no allegations of wrongdoing within the UK against the Pakistani businessmen.

Under the current extradition hearing the UK court is examining whether Naqvi should be sent to US, where charges of wrongdoing have been levelled against him.

According to reports, Naqvi has urged the court to dismiss US’s request of extradition.

Earlier on June 23, Naqvi’s lawyers urged the UK court to refuse his extradition to the US on fraud charges, arguing London was the nexus of the firm’s business and so he should stand trial there.

Arif Naqvi is among several people charged by US prosecutors with being part of an international scheme to defraud investors including the Bill & Melinda Gates Foundation. Naqvi has previously denied the charges through a public relations firm.

Lawyers for Naqvi, currently out on bail in UK, said US authorities intended to rely extensively on the evidence of his co-accused Sev Vettivettipillai, a former managing director of Abraaj, who was based in the United Kingdom.

Dubai-based Abraaj was the largest buyout fund in the Middle East and North Africa until it collapsed in 2018 after investors raised concerns about the management of its $1 billion healthcare fund.

The Pakistani’s lawyers argued the extradition request should be refused as a substantial part of Naqvi’s activity central to the US allegations was based in London, including Abraaj’s investor coverage team, in addition to his family ties to the city.

“If the group had a beating heart it was in Dubai, but its mind and control was wherever Arif was, which was often in London, which is where the main investor coverage operation was,” the defence’s skeleton argument quoted Adnan Siddiqui, Abraaj’s former general counsel, as saying.

If extradited, the document said there were grounds for believing Naqvi might be detained before a US trial.

In New York, he might be held in either the Metropolitan Correctional Center (MCC) or the Metropolitan Detention Centre (MDC), the defence said, adding conditions would be incompatible with Article 3 of the European Convention on Human Rights.