Experts believe cement, steel sectors' profits will increase by up to 6pc in FY21 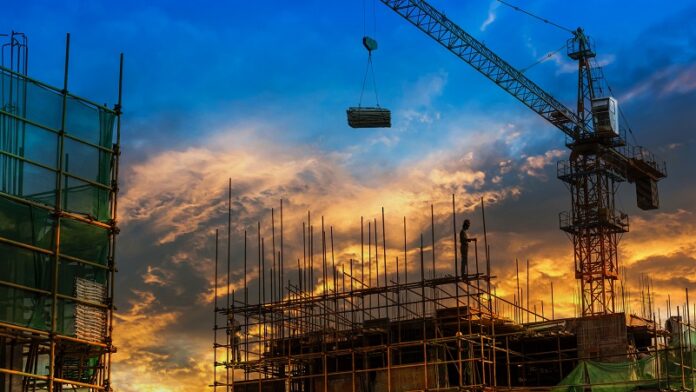 LAHORE: The demand for cement, steel, tiles and other allied commodities is likely to increase as the federal government is aiming to revive the economic activities affected by the coronavirus pandemic through housing and construction sectors.

In this regard, the banks have been asked to allocate 5pc of their advance portfolio for the construction sector, while the government intends to provide Rs300,000 per unit subsidy to the first 100,000 units built under Naya Pakistan Housing Scheme. This will be conjoined by low rate financing of 5pc and 7pc for 5 and 10-marla houses, respectively.

“The government’s directive is expected to increase liquidity towards the construction sector by Rs300-350bn,” it predicted. “We expect further details from SBP on how this scheme will materialize; we take cue from SBP’s earlier financing facility for Low-Cost Housing for Special Segments. The borrower rate for SBP refinance was 5pc, which included the bank’s spread of up to 4pc.”

Topline maintained the key risk for the banking sector remains implementation for foreclosure laws, as banks still remain reluctant to lend to the housing sector, even after the favourable decision by the Lahore High Court on this matter.

“Based on the back of envelope working, assuming 3pc spread, banks can earn an additional 3-5pc, unadjusted for risk,” Topline stated.

“Our base case assumption for cement sales growth is already 7.5pc for FY21, which already incorporates developments pertaining to the construction package,” it stated.

Meanwhile, talking to Profit, Azam Faruque, Chairman of the All Pakistan Cement Manufacturers Association (APCMA), said that he is also trying to get the details. “If this is implemented effectively, there will be a significant increase in demand for all construction materials and allied products.”

Faruque maintained that it is difficult to put a figure on it as this will depend on a number of factors such as how quickly loans are approved, the number of people or developers are applying, the legal formalities such as title deed scrutiny etc.

He added that another important development is how quickly the government releases funds for dams and how quickly WAPDA can utilize these funds.

“So maybe 1pc increase in demand or maybe more but it is difficult to say,” Faruque said.

However, according to Topline Securities, this additional demand can increase cement and steel sector (rebar) profits in the range of 4-6pc.

Pakistan Association of Large Steel Producers (PALSP) Secretary-General Syed Wajid Iqbal Bukhari said that there is no doubt that if all the promised houses are built, it will generate demand for steel sector “but I think there is some doubt as to how successful this project will be because the target demographic for this housing scheme may not have the income to put up a down payment or even afford the house”.

He maintained that most people in the target demographic probably don’t make more than 40,000 per household per month in salary.

“I think if household income is at least Rs100,000 per month this may be feasible. Also, will the banks be able to finance such people who don’t have assets in their name and are vulnerable job career positions?” Bukhari asked.

Secondly, the rupee depreciated against the dollar due to which people also stopped importing tiles from China.

“So, the demand for local tiles is likely to increase without a shred of doubt,” Hussain added.