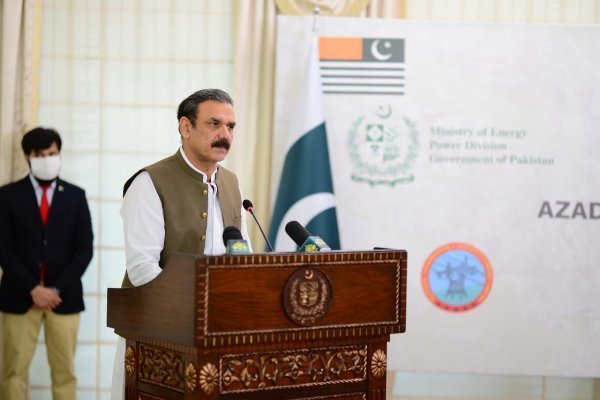 ISLAMABAD: Rejecting media reports that China Pakistan Economic (CPEC) Authority is being further empowered through a reduction in the planning ministry’s role in CPEC projects, CPEC Authority Chairman Asim Bajwa on Monday said that no such move is on the cards.

The issue came under discussion in the Senate Special Committee on CPEC’s meeting on Monday.

Members of the committee, especially from the opposition parties had raised questions asking why the committee was left uninformed about reduction in planning ministry’s powers.

However Asim Bajwa clarified to the committee that no move to shift powers of the planning ministry to CPEC Authority is on the cards.

The Senate committee noted that CPEC projects have to be completed on a priority basis, however, the committee chairperson, Senator Sherry Rehman pointed out that it has been reported that some important changes regarding the operations of the CPEC Authority are under consideration.

“We have heard news that the planning minister will be removed from lead roles to be replaced by the CPEC Authority chairman and various new powers will be given to the CPEC Authority,” she said adding that there should be more clarity regarding such rumors.

She further added that if powers are being handed over to the CPEC Authority, then the committee should be informed about the reasons for curtailing the powers of the planning minister.

The members of the special committee noted that the CPEC Authority was established with the purpose to coordinate between 16 ministries that are involved in various CPEC projects.

However the subject was dropped from discussion after the CPEC Authority chairman made it clear that no such move is under consideration.

The committee was briefed that 19 CPEC projects have been completed, 28 are under implementation and 41 projects are in the pipeline.

The CPEC Authority chairman assured the committee that all projects will be completed as per timelines agreed at the time of agreements.

He informed that the Mansehra-Thahkot motorway would be inaugurated soon.

Sherry Rehman said that CPEC is important for the whole country and all political parties are on the same page regarding the project. She stressed that work on the mega project should continue, adding that the participation of the provinces in CPEC is very important.

Sherry Rehman also stressed on the need for speedy development of Gwadar port city adding that the success of CPEC hinges on its development.

Meanwhile Senator Dr Asad Ashraf raised questions regarding the delay in the inauguration of the Orange Line Metro train in Lahore. He said that the project has not been inaugurated despite claims that 99 per cent work on the project has been completed.

He also raised questions regarding any political or technical reasons due to which the government has delayed the inauguration of the Orange line Metro train in Lahore.

Answering his questions, Asim Bajwa responded that some civil work on the project is still pending and the train would be opened for public as soon as it is completed.

Senator Kabeer Shahi said that ground water level in Balochistan has gone down from 60 feet to 1,000 feet. However, he added that Balochistan received sufficient rains due to which all dams have been filled and that Gwadar’s water needs are being met.

He also questioned why the government has not established coal power plants and Special Economic Zones (SEZ) in Gwadar.

Asim Bajwa informed that the Gwadar port has become operational and the city is now receiving 1.2 million gallons of water supply daily.

He further informed that the Rashakai SEZ would be inaugurated soon while applications are also being received for investment in the Faisalabad SEZ. He added that additional land is also being procured for the Hub Industrial Zone.

He also informed that China has expressed interest in investing in the Dahbeji SEZ.