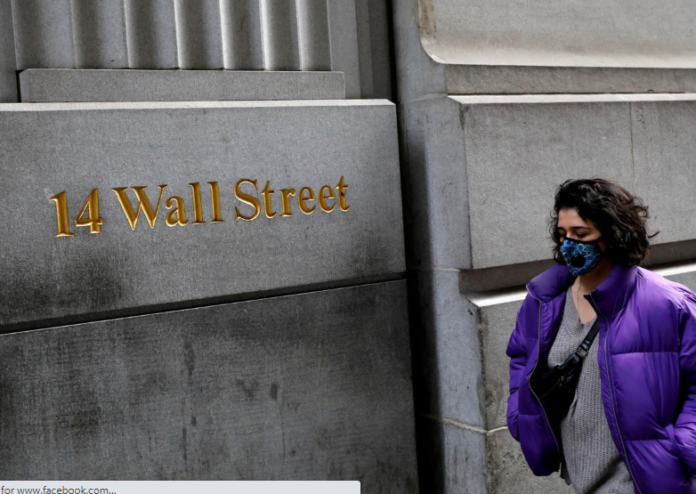 BENGALURU: Global funds recommended cutting equity holdings in July to the lowest in four years and suggested keeping bond allocations unchanged from June, amid worries the coronavirus pandemic is hobbling a nascent economy recovery, a Reuters poll of showed.

Some business activity has picked up since May, but the latest data suggest the momentum has slowed on fears of renewed lockdowns and delayed re-openings caused by a resurgence in new coronavirus cases in many countries.

The US economy suffered its steepest decline on record in the second quarter, and Federal Reserve Chair Jerome Powell on Wednesday acknowledged the slowdown in activity. He pledged stimulus support for years, pushing the dollar on course for its worst month in a decade.

Still, Wall Street’s main indexes were headed for their fourth monthly gain in a row, with the benchmark S&P 500 only about 4 per cent below its February record high.

The Reuters July 15-30 asset allocation poll of 35 wealth managers and chief investment officers in Europe, the United States, Britain, and Japan showed for the second consecutive month recommended allocations to equities was lower than bonds in the global balanced model portfolio.

That reverses the more common split in model global portfolios of 60 per cent or above on average for equity allocations and 30 per cent or below for bond holdings.

“Several businesses are still gutted, coronavirus infections are rising around the world and so are the fatality rates, which makes any predictions on economic recovery a gambling bet or at best difficult. Stock markets seem to be running on the former – on hope rather than any meaningful theory,” said a chief investment officer at a large US fund management company.

“Stocks are trading on expectations of a swift business recovery, but where is the recovery coming from? The changing landscape of the virus is even more complex than previously thought, with the first round in many countries not even done. A vaccine is definitely a solution, but there is no clarity.”

The poll showed a recommended cut to equity allocations to average 43.9 per cent in the global balanced model portfolio from 44.2 per cent last month, the lowest since July 2016. Overall equity exposure is down 5.8 percentage points from the beginning of the year.

At the same time, the poll suggested keeping a key gauge of caution – bond holdings – at June’s 44.3 per cent, the highest since the poll series started in early 2010.

Asked what is the most likely change to portfolios, nearly 80 per cent of fund managers, or 14 of 18, said they would roughly maintain the current cautious risk positioning. The remaining four said they would reduce their exposure to risky assets. None recommended increasing it.

“Our allocations will be contingent on the development of the Covid-19 situation.”

Those expectations line up with a separate Reuters survey of over 500 economists on Thursday, which showed the global economic recovery looks ever more shaky as the pandemic rages on.

In response to a separate question in the latest poll, over 70 per cent of asset managers, or 12 of 17, said moves in equity markets over the next three months would better reflect economic fundamentals.

“The likelihood will be that fundamentals over hope will better reflect the markets over the next quarter. Clearly we are now in the eye of the storm with respect to Covid-19 damage – the global economy is very weak and fatality rates are still rising, which makes it difficult,” said Peter Lowman, chief investment officer at Investment Quorum in London.

“A true reflection of the Covid-19 fallout will create pockets of disappointment and opportunity over the next three months, whilst the economic backdrop remains supported by central bank policies and further actions.”