PFVA chief expects additional export of 25,000 tonnes in the next 45 days 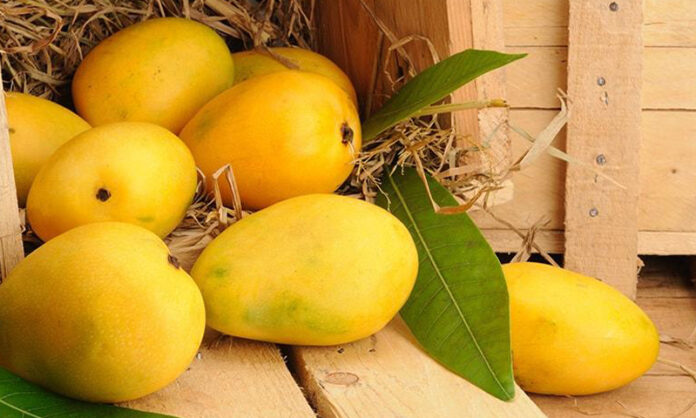 PESHAWAR: Pakistan has surpassed its mango export target by 45,000 tonnes despite grave challenges arising from the global outbreak of coronavirus.

According to the All Pakistan Fruit & Vegetable Exporters, Importers & Merchants Association (PFVA), Pakistan has so far exported 125,000 tonnes of mangoes, fetching valuable and much needed foreign exchange of $72 million, as against the corona-revised target of 85,000 tonnes for the 2020 season.

“The target was achieved after PFVA adopted an aggressive strategy coupled with timely decisions taken by the federal government,” said PFVA Patron-in-Chief Waheed Ahmed. “In the next 45 days, an additional mango export of 25,000 tonnes is expected.”

Talking to APP, Waheed Ahmad said the ongoing mango season was one of the most difficult seasons in the country’s history. “But the association saw the stiff challenges arising from coronavirus as ‘opportunities’, and we adopted appropriate and realistic strategies, including switching the export of mangoes to sea and land routes after the airlines had shut down flight operations.”

Prior to the commencement of the current mango season, he recalled, the entire world was engulfed with the global pandemic. “The subsequent lockdowns had led to closures of superstores and markets while food exports had reduced drastically due to the suspension of flights by the airlines, creating logistic issues.”

However, he said, this also meant people who were confined to their homes were badly in need of high nutrition food; mango being on top of that list due to its high nutrition value, effective in combating against the deadly pandemic.

Taking timely advantage of this unique opportunity, President Dr Arif Alvi had convened a special meeting, wherein he decided to launch an aggressive promotion of Pakistani mangoes by sending “gifts of mangoes” to all heads of states with a view to improve diplomatic ties with these states.

In light of this decision, Waheed Ahmad said, the Trade Development Authority of Pakistan (TDAP) conducted mango promotion-related activities in 24 cities of the world through Pakistani missions abroad while 30 heads of states of various countries were given Pakistani mangoes at an official level.

“This well-thought strategy played a vital role in the promotion of Pakistani mangoes across the world.”

The PFVA chief further informed that the association had raised voice against border closures by Iran and Afghanistan, bringing the issue to the notice of the National Assembly’s Standing Committee on Agriculture Development and seeking prompt action from the Ministry of Commerce, Ministry of National Food Security and Research and the Ministry of Foreign Affairs.

He said the PIA CEO, on the directives of the Ministry of Aviation, had also held a meeting with a delegation of the PFVA to review issues of mango exports and it was decided that air freight charges for fruit and vegetable exports would be reduced by 30-50pc.

According to Waheed Ahmed, during the current season of mangoes, the coordination and cooperation between the federal government and other concerned government departments remained “excellent”.

“If issues in future are resolved with the same spirit and enthusiasm, the export of Pakistani mangoes could easily be enhanced to 200,000 tonnes,” he stated.

Meanwhile, Adviser to Prime Minister on Commerce Abdul Razzak Dawood termed the mango export figures for the current season as a ‘remarkable result’ for the country.

Taking to Twitter, he congratulated the country’s mango exporters for surpassing the export target, adding that a meeting is being arranged to formulate a long term strategy for the promotion of Pakistani mango exports.

I have been informed that we have exported 125,000 tons of mangoes so far this year, against an annual target of 80,000 tons. Export of $72 Million has been achieved and it is expected that we will accomplish export of $150 Million. 1/2