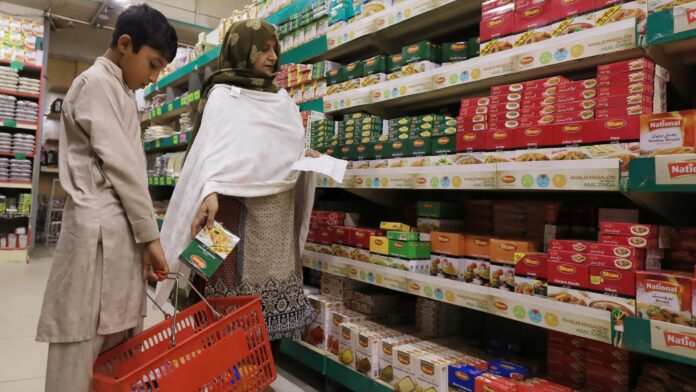 In a sign that the consumer goods – particularly that of food and grocery items – is likely to get even more heated over the next few years, Roots International Brands, British retail giant Tesco’s distributor in Pakistan, announced that it would be investing Rs150 million in expanding its operations throughout the country. The company has not yet announced what the money will be used for.

The announcement came on August 25, 2020, through a notice sent to the Pakistan Stock Exchange (PSX) by an affiliated company, Burshane LPG Pakistan. Burshane is a closely-held energy trading company that provide liquefied petroleum gas (LPG) to parts of the country that do not have natural gas available to them through gas utility pipelines.

Roots International’s move comes amidst increasing moves by several companies to enter and disrupt the grocery supply chain. At least three startups – Bazaar, Taajir, and Jugnu – have all entered the space, each with large seed and Series A funding rounds that suggest significant financial heft backing the idea that the traditional retail and wholesale model in Pakistan is fundamentally broken and creates opportunity for companies to jump in and gain market share.

The announcement from Roots suggests that traditional players – particularly the larger distributors with sophisticated modern supply chains – are unlikely to go down without a fight, and have access to considerable financial capital to compete against the new tech-enabled disruptors.

The fight to disrupt the market, however, is certainly one that is worth it: according to Profit’s analysis of data from the Pakistan Bureau of Statistics, the retail industry is worth $125 billion a year in revenue, of which food and grocery accounts for the largest chunk at $48 billion. The market, however, is incredibly fragmented, which is what creates the opportunities for both traditional players as well as the new disruptors.

Pakistan has approximately 650,000 to 700,000 kiryana stores. No consumer goods company is able to distribute products to all of them. So they work through the distributors, sub-distributors and wholesalers to get the products across to those retailers. However, smaller manufacturers generally have difficulty in sustaining supply chains in rural areas as their cost to serve each retailer is high: each order booker, engaged to make a run at one shop incurs costs and time for orders that tends to be small, with thin margins to begin with. It simply does not make sense to carry out these transactions.

This massively fragmented market means that distributors of products have significant sway over which products make it to which shelves across the country. While the tech-enabled players are seeking to eat into the market share of these traditional distributors, many of them will be very hard to beat.

Some, like Roots International Brands, distribute a small segment of products, in this case imported British goods consumed by upper middle class Pakistani households, some of which have perhaps returned from time spent abroad in the United Kingdom. These consumers generally tend to be on the higher end of the income spectrum, and geographically concentrated in a few neighbourhoods in a few cities across the country, meaning that a well-financed incumbent can easily serve all retail outlets that serve this market.

Other distributors have global relationships and competitive advantages. The Jeddah-based Abu Dawood, for instance, has a regional partnership with global consumer goods giant Procter & Gamble, confectionary giant Ferrero, and household cleaning goods brand Clorox, among others. It is unlikely that any Pakistani distributor would be able to offer a compelling enough bargain to these companies that they would disrupt a large international partnership for.

Paradoxically, that means that the market is most efficient for the most lucrative segment of consumers and least efficient for those who have the least amount of money. The tech-enabled disruptors are hoping that their superior technology and marketplace business models will allow them to eliminate some of those inefficiencies and thus better compete in a cutthroat space.

In addition, the expansion of operations by companies like Roots International is not necessarily a negative for the tech companies either. Partnerships between both parties might enable Roots to reach a larger set of retailers than it otherwise might be able to.

Regardless of the competitive dynamics, this is clearly a space that is attracting a considerable amount of venture capital. On June 1, 2020, Bazaar announced that they had raised $1.3 million dollars for their new startup, Bazaar. It definitely raised eyebrows: that is Pakistan’s largest pre-seed round amount.

A few days later, the startup Tajir – founded by brothers Ismail and Babar Khan in 2018 – announced raising $1.8 million in their latest financing round led by Fatima Gobi Ventures. Tajir competes in the same space as Bazaar, though it has the advantage of having been part of the 2020 incubator class of YCombinator, arguably the world’s most famous incubator, which produced the likes of companies like Airbnb, Stripe, Instacart, Doordash, etc.

And then of course, there is Jugnu, an app developed in August 2019 by retail technology company Salesflo. To Salesflo’s credit, it has bootstrapped Jugnu to over 10,000 retailers that it claims it has on its B2B platform. The founders of Salesflo did not disclose if they had raised any funds from outside, Crunchbase data shows that the company raised $500,000 on June 1, 2020 in a pre-seed round.

Can service sector exports save Pakistan’s economy, it just might

In August, Extreme Commerce, a Pakistani skill-based learning platform, announced that it will be launching its new and improved Video Boot Camp (VBC) 2020...
Read more
FEATURED

Why did KPMG resign as Agritech’s auditors?

State-owned fertiliser manufacturer has been hemorrhaging money for years now, and its auditors are done trying to pretend the company is anything but bankrupt
Read more

Eight agri research centres to be established under CPEC: envoy